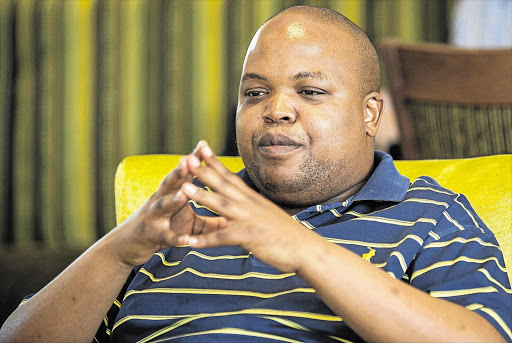 "Fikile Mbalula will not rule the Youth League from the grave. He had his time as the president of the Youth League and we never interfered with his leadership. It's quite unfortunate that he's engaging us through loud hailing and when he does that‚ he's upsetting some of us [as] the current leadership of the Youth League‚" Maine told TimesLIVE at Luthuli House on Monday.

"But to degrade other comrades like he did with Comrade Ace‚ I don't think it's okay. We still believe that Comrade Ace will not kill the ANC. If Mbalula and Ace have historical issues in the Free Stare‚ that is not our issue. We still believe that Mbalula has the capabilities of leading as the second deputy secretary‚ but if he's not available‚ he's not available‚" Maine said.

Mbalula admits to 'mistake' in taking on Mantashe

Police Minister Fikile Mbalula has spoken out against the nomination of Free State premier Ace Magashule for the post of ANC secretary-general, ...
News
5 years ago

This follows Mbalula's series of tweets last week where he recommended that the Youth League - which he once led - should rather support Gauteng Premier David Makhura to replace current secretary general Gwede Mantashe instead of Magashule‚ tweeting that Magashule was a "definite no no". He further said that Magashule would "destroy what remained of the ANC".

Earlier on Monday‚ the uMkhonto we Sizwe Military Veterans Association (MKMVA) pronounced on who should take over the reins as the party's next top six leadership‚ including reiterating its backing of Nkosazana Dlamini-Zuma as the next leader of the ANC.

The association took a resolution to back Mpumalanga premier David Mabuza as their preferred candidate for deputy president‚ with Minister of Arts and Culture Nathi Mthethwa as national chairperson‚ Free State Premier Ace Magashule as secretary general‚ current deputy secretary Jessie Duarte to remain in her position and Minister of International Relations Maite Nkoana-Mashabane to be the next treasurer general.

The uMkhonto we Sizwe Military Veterans Association (MKMVA) have made a pronouncement on who should take the reins as the ANC's next top six ...
Politics
5 years ago

When asked about the dropping of Mbalula as the party's second secretary general‚ the chairman of the MKMVA and deputy minister of defence and military veterans‚ Kebby Maphatsoe‚ denied ever backing Mbalula to be in the top leadership of the ANC. However‚ he said Mbalula was a credible leader and has leadership qualities.

A week before‚ the Young Lions (ANCYL) announced a similar list but with the inclusion of Mbalula as the ANC's second deputy secretary general‚ a position that does not currently exist.

"This list is not cast in stone‚ there are positions that we are not willing to compromise on but [on] other positions we will engage. We are not willing to compromise on NDZ (Nkosazana Dlamini-Zuma)‚ David Mabuza (Mpumalanga premier)‚ the secretary general (Free State premier Ace Magashule) and the ANC's deputy secretary general Jessie Duarte. We will then engage on other positions‚" said Maine.

Maine added that there was "nothing special" about Mbalula just as they have said about ANC deputy president Cyril Ramaphosa.

The ANC will hold its elective conference in December.