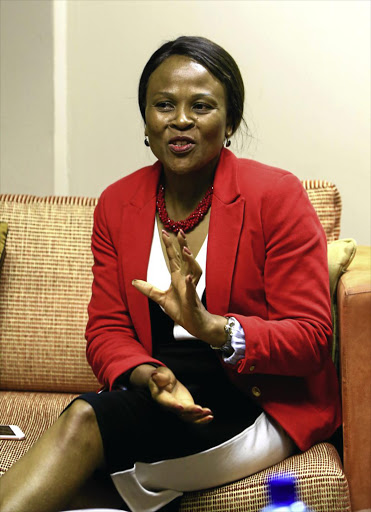 Public Protector Busisiwe Mkhwebane has recommended that government take legal action to recover misappropriated public funds unlawfully given to Absa bank in the amount of R1.125-billion.

Mkhwebane made this finding relating to Absa’s purchase of Bankorp in 1992.

She also released three other reports.

Adv. Mkhwebane: Some of the reports form part of the 10787 out of 16397 service and conduct failure matters finalised leading to March 2017

One was an investigation into the missing Bapo-Ba-Mogale mining royalties that were suspected to have been systematically looted.

In January a leaked provisional report from the Public Protector’s office recommended that Absa pay R2.25-billion to the fiscus for an unlawful apartheid-era bank bailout.

Absa had submitted that there was a misunderstanding on the part of the Public Protector of the contracts that were signed between Absa and the Reserve Bank after Absa had bought Bankorp.

In her final report issued on Monday‚ Mkhwebane referred the matter to the Special Investigating Unit to approach President Jacob Zuma to reopen and amend a proclamation published in 1998 in order to recover misappropriated public funds unlawfully given to Absa bank.

She said the correct amount of the illegal gift granted to Bankorp Limited/ABSA Bank was in the amount of R1‚125-billion.

“Two investigations into the matter established that the financial aid given to Bankorp Limited/ABSA Bank was irregular.”