Rebuilding Cape must be done by locals: MEC 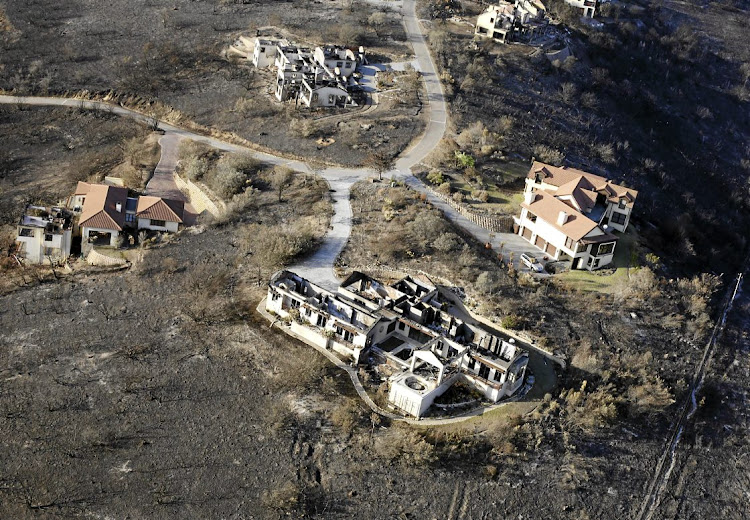 Western Cape economic opportunities MEC Alan Winde wants the residents of the southern Cape to cash in on the upcoming construction boom following the devastating fires that destroyed hundreds of homes.

Winde said a total of 2500 jobs were lost due to the fires, which also hit the accommodation industry hard.

The Sunday Times reported yesterday that the provincial government wanted approval for rebuilding plans to be fast-tracked.

Winde said the province's red tape reduction unit, which falls under his department, should work with municipalities to ensure building plans were expedited.

He said the government needed to ensure that the workers who lost their jobs were reskilled to be able to meet the demand.

"Obviously there is going to be a bit of a building boom. You've got your ordinary economic growth but you need to add on to that another 500 to 600 homes from small informal to some of those massive big ones in Plett that burnt down," said Winde.

"That region is going to have a lot of building happening. Then there are jobs that come with it and business that can actually provide help - from plumbing, to building, to carpentry."

Some might say it was the singing and stomping of hundreds of fire-fighters late into Friday night that brought the rains which fell during Knysna's ...
News
4 years ago

"I don't want the big three or big five construction guys to get all the work. We need to make sure that smaller guys get the work so that we end up having the smaller guys becoming bigger in this process."

Winde said municipalities also needed to look at waiving planning costs for residents who were rebuilding and to ensure that the process was made easier.

"[I don't want] people claiming on the insurance, taking their money and moving out of town. I need that money to stay in town," the MEC added.

Winde said life was starting to normalise in Knysna.

On Saturday the department of health re-opened the Knysna hospital, which was closed down in the wake of the fires.

The hospital's emergency
department started accepting cases at the weekend.

About 80 patients were moved from the hospital last week.