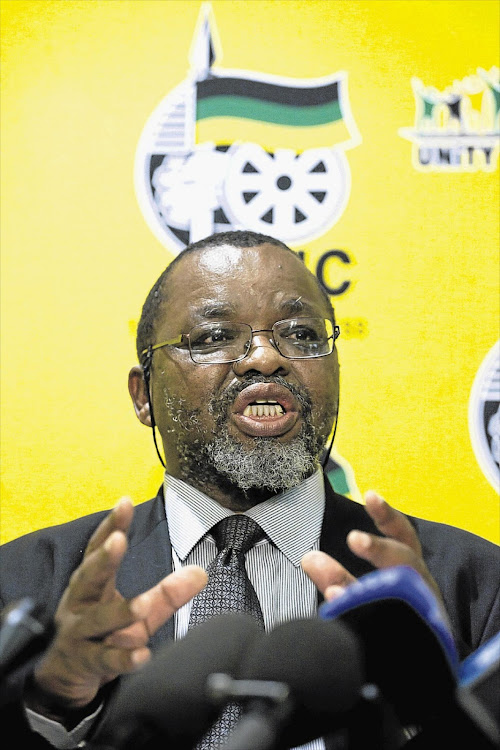 ANC secretary general Gwede Mantashe will this weekend meet with the party's Integrity Committee (IC) amid rising tensions in the movement's internal structures.

Speaking to TimesLIVE‚ Mantashe said he had not been summoned but was rather invited by the IC to discuss party matters.

"I am not summoned to the Integrity Commission. I am meeting them normally as the structure of the ANC and I have no case. I have been invited by them and I will be going this weekend‚" Mantashe said.

Earlier this year‚ ANC Integrity Commission Chair Andrew Mlangeni delivered a letter to Mantashe calling for an urgent meeting with officials. This came after Mlangeni said the IC is "deeply perturbed" by President Zuma's decision to reshuffle cabinet without consultation.

Zuma's late-night reshuffle happened in March and resulted in the axing of former finance minister Pravin Gordhan and his deputy Mcebisi Jonas‚ among other changes.

Mlangeni wrote at the time following the reshuffle: "We are also concerned about [Zuma's] decision to remove Cde Pravin Gordhan as Minister of Finance and the impact that this decision will have on the stability of the South African economy. We do not accept the reasons given for this decision‚ namely‚ that Cde Pravin conspired with Western governments to destabilise the government or the economy."

Zuma himself has said the IC "disregarded the principle and tradition of collective leadership‚ both within the ANC and with our alliance partners" when it made public comments about his cabinet reshuffle.

The ANC Integrity Commission was formed in 2013 to protect the image of the party in events where members have been accused of criminal or improper conduct.