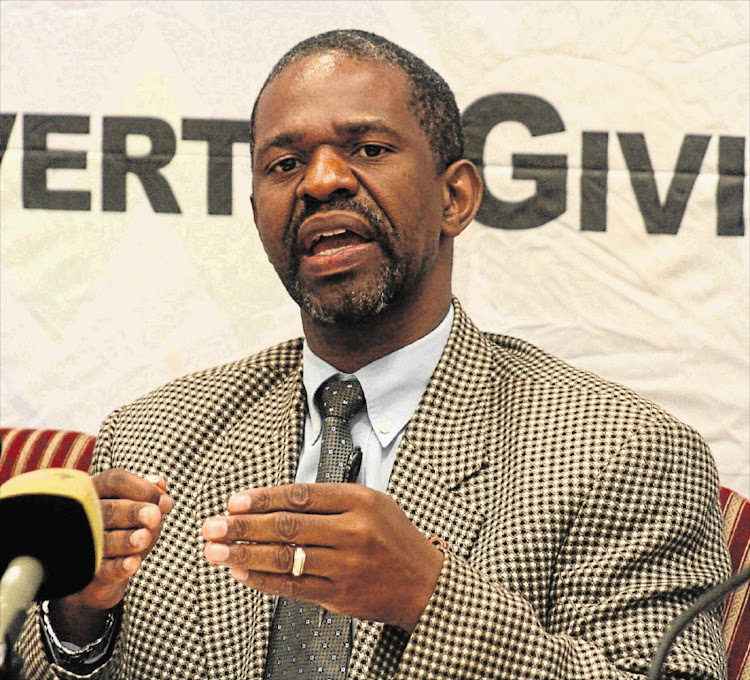 There was "no dereliction of duty" by KwaZulu-Natal health MEC Sibongiseni Dhlomo‚ provincial Premier Willies Mchunu said on Thursday - this despite an oncology crisis in KZN.

Amid calls for Mchunu to remove Dhlomo from his executive‚ the premier said there was no reason for him to take that step.

"To do that I would have to satisfy myself if there was dereliction of duty on the part of the MEC. I have not. I have to be fair to the MEC. There have been interventions‚ but perhaps not adequate‚" said Mchunu. He was speaking on Thursday‚ when the KZN legislature was briefed on the healthcare crisis. Mchunu sought for his government to take collective responsibility for the situation‚ but absolved Dhlomo from personally being liable for the calamity.

It was revealed that the Treasury department would be taking over some of the health department's functions‚ particularly around procurement and equipment maintenance.

"Treasury will be making a Section 18 intervention in terms of the PFMA [Public Finance Management Act] to temporarily control the SCM [Supply Chain Management] functions in the department‚ until such time the necessary financial management controls are in place‚" said Mchunu.

He said the work of Treasury will involve taking stock of all tenders‚ many of which are running on a month to month basis.

"These will be converted into proper contracts. Government has set timelines. The contract register will be finalised by the end of August 2017‚ and all tender backlogs should have been dealt with by no later than January 2018. It is planned for all period contracts to be finalised by May 2019‚" said Mchunu.

The premier admitted that internal controls in the department were weak due to a lack of capacity. Mchunu said Treasury will deploy resources to strengthen this capacity.

The interventions come as amid a damning report by the South African Human Rights Commission which found that the department failed its cancer patients.

The 68-page SAHRC report found that "the delays in the provision of‚ and in some cases the denial of‚ oncology services to cancer patients‚ some of whom are destitute and in need of health care‚ affects them in a most fundamental way".

Finance MEC Belinda Scott pledged that by January there will be improvements.

"You can hold me to task on that...we are not here to make excuses. There is going to be substantial deployment of financial resources to turn the situation around‚" said Scott.

Earlier‚ when Dhlomo delivered his address to the legislature‚ he admitted that there was a noticeable gap in the management of the department that has been developing over the past months. He admitted that the doctors who marched and were their own comrades raised genuine concerns that needed to be addressed. He said clinicians and CEOs of hospitals have expressed similar frustrations‚ especially about the equipment.

Meanwhile‚ opposition parties voiced their frustrations when speaker Lydia Johnson refused to allow a snap debate on the current oncology crisis during the legislature sitting.

DA Chief Whip Mark Steele said Johnson‚ by refusing the DA's request for an urgent debate‚ has acted largely in terms of the political imperatives of her party to protect their MEC.

"It is‚ however‚ obvious that many members of the ANC find the position of the MEC untenable. Had the debate proceeded‚ these members would have had the opportunity to express their loss of confidence in the MEC‚" he said.