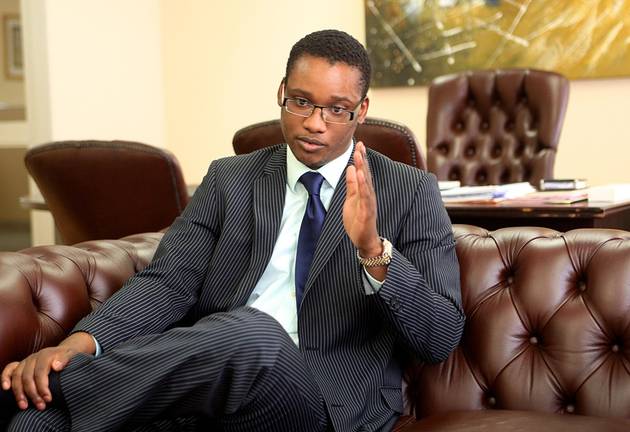 President Jacob Zuma has defended his son Duduzane's business relationship with the Guptas‚ telling opposition MPs they were being "unfair" for saying he was benefiting from his presidency.

Zuma was responding to a question from the DA leader Mmusi Maimane in the National Assembly on Thursday‚ who put it to Zuma that his Presidency had benefited a few politically-connected individuals‚ including Duduzane who is a business partner of his friends the Guptas.

A visibly irate Zuma‚ told Maimane it was unfair of him to single out Duduzane because he was not trading with government entities.

"I have not heard that his business has ever benefited from government where Zuma has benefitted to say give him something.

"Never‚ I've never done that‚ he's involved in business in his own accord and there are circumstances why he had to go to business‚ "said Zuma.

The President added that there was no law that prevented his son from becoming a businessman.

"There's no law that says he can't get into business and I deal with many young people who are in business. If you've never met them you are an unfortunate South African‚ you just met Duduzane only? You're a very unfortunate leader.

"There's a situation that has created unemployment‚ it's not created by Duduzane going into business….you can't single out one young person and victimise the person just because he's the son of the president. It's not fair‚ it's not correct."

Duduzane's name has featured prominently in the leaked Gupta emails that detail the extent of the controversial family's influence in government affairs.

The Sunday Times also reported last weekend that Zuma introduced Duduzane to a senior civil servant in the department of mineral resources shortly after his election in 2009‚ asking the government official to assist his son.

Zuma also announced that the leaked Gupta emails would also form part of a judicial commission of inquiry that he's just decided to establish.

He said he would announce further details of the judicial commission on state capture in due course.

'Duduzane is my only son involved with money. Help him wherever you can'

President Jacob Zuma introduced his son Duduzane to a senior civil servant at his official Pretoria residence Mahlamba Ndlopfu in 2009, shortly after ...
Investigations
4 years ago

These would‚ among other things‚ include the name of the judge to lead the inquiry and the terms of reference. "The President has taken the decision to establish the judicial commission of inquiry and is about to announce when it will start‚ so it's not as if Rome is burning and nothing is being done‚" he said.

Zuma said the fact that the scandalous Gupta emails had landed in the public domain was proof that South African was a transparent society.

"The very fact that there are emails every Sunday out there it indicates how transparent the country is. In other countries you don't see such things. Secondly‚ the emails‚ sitting here‚ I don’t know where they come from. They've never been tested in any institution.

"As part of the measures to deal with the matter‚ we've taken a decision to establish the judicial commission and the emails will be part of that."

The charter has proposed a 30% BEE ownership in all mines and has recommended a 50% black representation at board and executive management of mines.

The charter has been roundly slammed by key stakeholders in the mining sector such as the Chamber of Mines‚ who have said its targets were impossible to meet.

Zuma said the charter has been endorsed by his cabinet as they had to do something about changing the ownership of mines in the country.