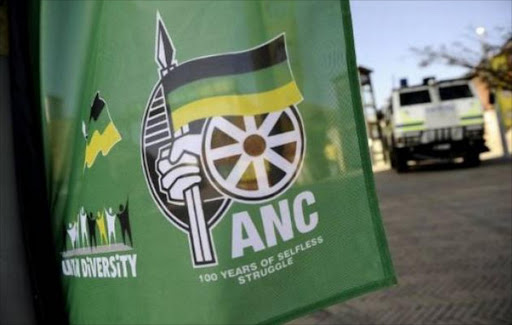 Sixteen people at a mysterious 2am meeting at a luxury hotel voted to disband the Western Cape ANC’s largest region.

Now five of the party’s six regions are calling for the provincial executive committee to be disbanded.

The row over who will succeed Jacob Zuma as ANC leader in December appears to be at the root of the conflict.

At a media conference on Sunday‚ Xolani Sotashe‚ chairman of the Dullah Omar region‚ said a “clique” disbanded his regional executive early on Sunday in suspicious circumstances.

“If that clique sat at 2 o’clock in the morning‚ 16 people‚ after they had a drink at Taj and convened a meeting at 2 o’clock whilst we are sleeping and they take this serious decision and the national executive committee of the ANC condones that‚ surely we’ll say there’s a serious problem‚” Sotashe said.

A provincial policy conference a week earlier was a ruse to allow factions to punt their preferred candidate for the ANC presidency.

“There's a problem in the organisation‚ a problem of factionalism that must be rooted out. A problem of people thinking that they own the ANC‚” said Sotashe‚ linking the weekend’s events to this weekend’s national ANC policy conference.

But in a statement on Sunday‚ the PEC said statements by Sotashe and others were against the party constitution.

“While there was a debate and disagreement from a minority of PEC members‚ the majority were firmly behind the decision to disband the Dullah Omar region‚” said PEC spokesman Lionel Adendorf.

“The reasons for this decision were given in a report to the PEC and will be communicated to the ANC HQ and NEC.”

Adendorf said the factional battle came to a head when the policy conference in Stellenbosch on June 18 was disrupted.

“Such issues as raised by these elements are internal to the functioning of the organisation and should not have been communicated to the press. This behaviour will also have to be dealt with by the organisation.”

Ramaphosa supporters say they were bullied

Cyril Ramaphosa supporters who attended the three-day meeting of the general council of the KwaZulu-Natal ANC say they were bullied and their voices ...
Politics
4 years ago

Deputy president not 'automatically ordained to lead'
Politics
4 years ago

President Jacob Zuma danced to his own tune in parliament on Thursday during presidential question time.
News
4 years ago

Dlamini-Zuma and Gigaba get heroes welcome at KZN ANC conference

Nkosazana Dlamini-Zuma's presidential bid got a boost during the party’s provincial general council (PGC)‚ at the University of Zululand in Empangeni ...
Politics
4 years ago