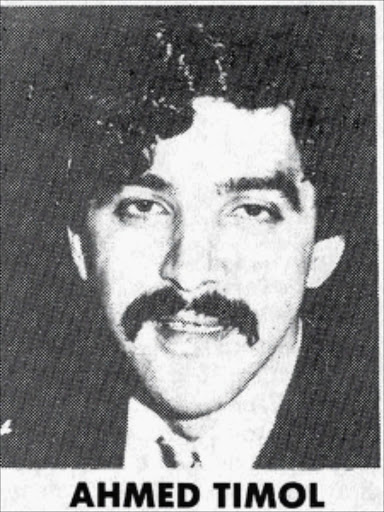 Judge Billy Mothle on Monday reopened the inquest into the death of activist Ahmed Timol‚ who died in police custody at the Johannesburg Central Police Station in 1971.

Mothle said the court would welcome any information that would assist the proceedings.

Timol died on October 27 1971 while in police custody. An inquest was held in 1972 and the magistrate court in Johannesburg found that he had committed suicide.

However‚ the Timol family approached the National Prosecuting Authority with information that was not available to the magistrate in 1972.

"We as South Africans are about to enter a door that will rekindle painful memories. That door will be closed once the truth has been revealed‚" Mothle said.

Advocate Howard Varney‚ for the Timol family‚ told the high court in Johannesburg that the family was seeking a different finding to that made in 1972.

"According to the police‚ Timol committed suicide in room 1026. This was enthusiastically accepted by the magistrate. The Timol family has called for the reopening of the inquest to remedy the injustice‚" Varney said.

"We will demonstrate that the police manufactured a version to cover the truth. We will argue that the magistrate disgraced the judicial profession and the legal profession."

Barney said a witness‚ Salim Essop‚ had agreed to testify on what happened on the day.