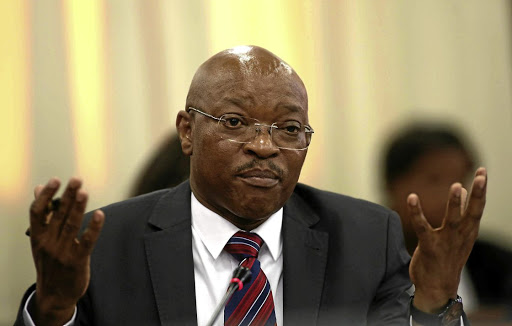 Gigaba, who was not in parliament himself, merely took the advice of the department's top officials, said Apleni.

He was briefing parliament's home affairs oversight committee on the decision to grant the Guptas early naturalisation.

One of the concerns raised by MPs was how the department and Gigaba had failed to inform parliament about the decision as stipulated in the regulations.

MPs were also not impressed by the absence of Gigaba and current Home Affairs Minister Hlengiwe Mkhize despite being invited by the committee last week to come to address allegations of impropriety in the Gupta naturalisation saga.

In written apologies to the committee, Gigaba and Mkhize cited prior commitments for their no-show.

Apleni admitted that the department "omitted" to submit the list of naturalised Guptas to parliament, which should have been done within 14 days of such a decision.

Section 5(9)(b) of the act requires the minister to inform parliament "within 14 days after the commencement of the sittings of Parliament in each year".

"What it is, it was an omission, that is what we are saying. We did not table that. Was it only the Gupta family at Mr Gigaba's time when the department did not do that? The requirement is for tabling.

"It doesn't say there is a condition that parliament must look at that [list] and then say we are happy and therefore you can proceed. It's not a condition to grant the citizenship," said Apleni.

He said the department had made the same mistake with other citizens in previous years.

Apleni added the decision was not taken unilaterally by the minister.

"There is no minister who sits in a corner there and just does this. Officials prepared documents for a minister and we recommend. A minister can either approve or disapprove based on what we have done. The discretion lies with the minister," said Apleni.

The committee also heard that, under Gigaba, who spent three years at Home Affairs, there had been 18 naturalisations.

This while there were only two per year during the tenures of his predecessors, Nkosazana Dlamini- Zuma and Naledi Pandor.