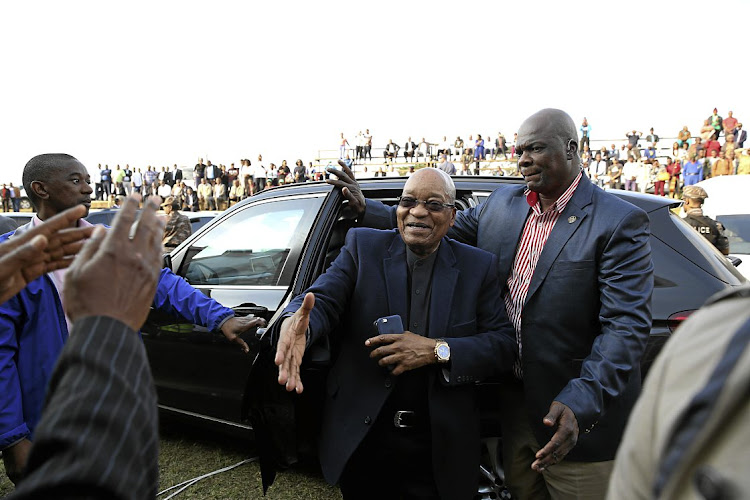 President Jacob Zuma is planning on only retiring in two years' time, if a comment made in jest can be taken seriously.

Speaking at the launch of Operation Vula in Ixopo near Pietermaritzburg yesterday, Zuma joked that when he retires he will venture into farming.

Operation Vula is KwaZulu-Natal's grand plan to radically alter its economy for the benefit of black Africans.

Zuma arrived just after 3pm, despite premier Willies Mchunu's earlier announcement that the president would not attend the event, where he was scheduled to be a keynote speaker.

The president arrived to rapturous applause from a packed marquee at the local stadium.

He apologised for arriving late, saying party leaders had arranged a special NEC meeting in preparation for the ANC policy conference that begins on Friday.

In his short speech delivered in Zulu, Zuma urged small farmers and local communities to participate in the programme, so they could put food on the table.

"I am also going to start farming when I retire in two years' time. I have already bought boots and overalls," he joked.

Zuma jokes about being put out to pasture on the farm

President Jacob Zuma has joked that when he retires in two years’ time he will venture into farming.
Politics
4 years ago

'Cyril gets us' - Dlamini gives Ramaphosa Cosatu's list of demands

Cosatu president S’dumo Dlamini on Tuesday issued deputy president Cyril Ramaphosa with a laundry list of demands‚ should he become the country’s ...
Politics
4 years ago

Less than two weeks ago the Kofi Annan Foundation, representing nine respected former African statesmen, made an urgent appeal to the Democratic ...
Ideas
4 years ago