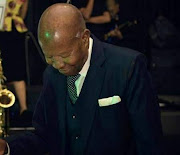 Esteemed members of the Masire family‚

Your Majesties and other traditional leaders‚

Honourable Ministers of the Government of Botswana and visiting Ministers‚

Your Excellencies‚ Members of the Diplomatic Corps‚

Dear sister people of the Republic of Botswana‚

We have gathered here in Kanye on a very sad day – a very sad day because we have come here to say a final farewell to a beautiful human being‚ a humble servant of the peoples of Botswana and the rest of Africa‚ an outstanding and exemplary African leader – Sir Ketumile Masire.

With his departure we will miss his laughter which tinkled as clear as a bell‚ his quiet humour and his wise and invaluable advice given in gentle ways which spoke of a humble sage who was for ever free of conceit.

Even though he has departed the world of the living‚ we will still walk tall throughout the world because‚ as Africans‚ we can proclaim to all humanity that from this small acre of Africa was born a son‚ Ketumile Masire‚ whose quality of leadership made us proud to call ourselves African.

As all of us know‚ Rre Ketumile Masire served in the Presidency of the Republic of Botswana as Vice President and President for just over three decades‚ from 1966 to 1998.

This was a critical period for the development of Botswana and especially the struggle for the liquidation of colonialism and white minority rule in Africa including in their most stubborn outposts in Southern Africa. Rre Masire was therefore present and active at all times as one after the other these outposts fell such that‚ after the liberation of my own country‚ South Africa‚ in 1994‚ Africa could at last say that it had finally liberated itself from the scourge of colonialism and white minority rule which had afflicted our Continent for five hundred years.

I first came to this country‚ then called Bechuanaland‚ 55 years ago in 1962. I was part of a group of young South Africans who were passing through this country to pursue further education abroad‚ on the instructions of the African National Congress‚ the ANC.

Our short journey through the then Bechuanaland confirmed to us that the peoples of Botswana and South Africa were tied together by unbreakable bonds which confirmed that we shared a common destiny.

This was because our transit through the then British Protectorate of Bechuanaland was facilitated by Batswana who‚ like Professor Z.K. Matthews‚ had involved themselves directly in the struggle for the liberation of South Africa‚ these being such as the late Motsamai Mpho and Fish Keitseng.

In this context I must also mention yet other Batswana such as Lawrence Lekalake‚ Mike Dingake and Koos Segola‚ all of whom were also intimately involved in the struggle for the liberation of South Africa.

During 1959‚ the late Kgosi Seretse Khama was engaged in somewhat complicated discussions to get Professor Z. K. Matthews to come and work in Bechuanaland‚ given that Z.K. was leaving Fort Hare University College to express his opposition to Bantu Education.

“Pardon what appears to be a great deal of intrigue‚ but you do realise that association with the African National Congress does not always go down very well in some quarters.”

Thus did Seretse Khama‚ who was mentored by Z.K. Matthews while he was a student at Lovedale High School and Fort Hare‚ indicate his own position of affinity with the ANC.

This made it easy and possible for him to try to get a very prominent leader of the ANC‚ Z.K. Matthews‚ to work in Bechuanaland‚ an effort which only succeeded much later when Z.K. became the UN Ambassador of Botswana in 1966.

As we passed through Bechuanaland in 1962‚ we did not know that the then Secretary General of the Botswana Democratic Party‚ Ketumile Masire‚ was keeping an eye on our group which had tried‚ unsuccessfully‚ to disguise its identity by presenting itself as a football team!

Ever self-effacing‚ Sir Ketumile disclosed this important fact only last year‚ a fact that was and is important because it confirmed the long standing concern of the leaders and the people of Botswana for the success of the South African struggle for liberation.

It remains true that the full story about the invaluable contribution of Botswana to the victory of the struggle against apartheid tyranny and the other liberation struggles in our region has not as yet been told.

That story includes the fact that for many years Botswana served as the bridge many liberation fighters in our region used to access the rest of independent Africa.

Among those who passed through this country‚ helped by the sister people of this country‚ were such eminent African patriots and leaders as Oliver Tambo and Nelson Mandela‚ Robert Mugabe‚ Samora Machel and Sam Nujoma.

In addition to these were very many other liberation fighters‚ especially from South Africa‚ Namibia and Zimbabwe‚ who passed through this country to get military and other training elsewhere.

And yet there were others‚ like our own‚ who came back through Botswana to engage the apartheid enemy inside South Africa.

And again others remained within Botswana‚ maintaining an organised presence which served as an indispensable link in the communication chain which made it possible to wage our various struggles in this region of Africa.

It was inevitable that the apartheid regime would do its best to make Botswana pay a price for the role it played in the manner I have described.

Early in 1974 an outstanding young South Africa fighter for liberation‚ Ongopotse Tiro‚ was murdered in Gaborone by the apartheid regime through a parcel bomb.

This was but a precursor to other criminal violence which the apartheid regime would visit on Botswana‚ claiming the lives of a number of her citizens who fell side by side with their South African brothers and sisters.

Thus did the apartheid forces of repression launch deadly attacks in Gaborone in 1985 and Mogoditshane in 1986.

And yet‚ despite the pain they suffered‚ and the knowledge that the apartheid regime located only a few kilometres across the common border could strike again‚ the sister people of this country did not flinch or waiver but stood firm until the apartheid regime was no more.

I am certain that I speak for all the peoples of Southern Africa when I pay a heartfelt tribute to the leader we bury today‚ Sir Ketumile‚ for the central role he and his colleagues played in ensuring that this Republic and its people remained steadfast in their principled support for the total liberation of Africa.

It is perfectly obvious that if he and his fellow-leaders had lost the will to resist‚ intimidated by the criminal might of the apartheid regime‚ so would have the determination of the masses of the people to support the liberation struggles weakened.

However‚ loyal to the cause of freedom and the dignity of all Africans‚ these leaders‚ with Presidents Seretse Khama and Ketumile Masire leading from the front‚ stood their ground.

They conducted a complex political and diplomatic struggle which kept the apartheid enemy at bay while inspiring the people they led to remain ready to make the necessary sacrifices to help bring down the tyrannical white minority regimes then in power across the borders of Botswana.

Personally I was very honoured to experience this magnificent‚ skilled and courageous leadership at close quarters‚ given that from 1973 onwards I was privileged to work closely with representatives of the Government and people of Botswana‚ as led by President Sir Ketumile Masire.

In this regard I was truly moved by the personal hand of friendship which Sir Ketumile extended to me.

• as one of the principal architects of the democratic Botswana which has extricated itself from the curse of being one of the poorest countries in the world‚ a Botswana of which all of us are proud;

• as one of our Continental leaders who helped to build SADC‚ the Southern African Development Community‚ and served courageously as a Member of the Frontline States;

• as a co-architect of Africa’s renaissance as he helped the people of the Democratic Republic of Congo to reconstruct and develop their country in conditions of peace and lent a hand to the people of Rwanda to address the aftermath of a terrible genocide;

• as a Statesman who has set benchmarks which define the essence of exemplary leadership; and‚

• as a frontline combatant for the total liberation of Africa from colonialism and white minority domination.

Thus must we see this solemn occasion‚ when we consign the mortal remains of an outstanding African‚ Sir Ketumile Masire‚ to his final resting place as an occasion to celebrate a life well spent‚ a life which has brought much good to millions of people inside and outside the borders of Botswana.

I am honoured to take this opportunity to convey our condolences to the Masire family‚ to Your Excellency‚ President Ian Khama‚ and the Government of Botswana as well as to the BDP and the sister people of Botswana.

To you all‚ dear friends‚ we say‚ humbly‚ we too share your loss.