ANC succession processes pitting leaders against one another: Mbalula 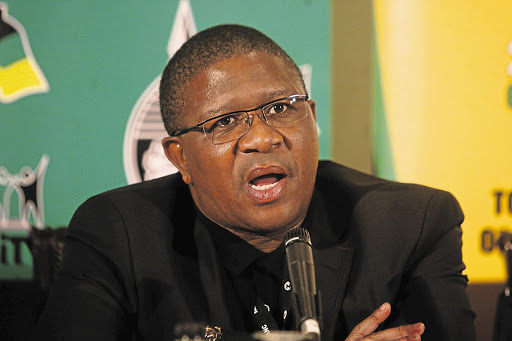 ANC succession processes are pitting leaders against each other which is damaging the party and must be changed.

This was the message of Police Minister Fikile Mbalula at the ANC’s National Policy Conference in Nasrec on Saturday morning.

Mbalula was delivering a report on organisation renewal after Arts and Culture minister Nathi Mthethwa delivered a report on strategy and tactics.

A source in the meeting said Mbalula said there needed to be an open and transparent contest.

Delegates gather on day two of the ANC policy conference at Nasrec expo centre‚ near Soweto‚ Johannesburg. broadcasting from the 5th ANC Policy ...
Politics
3 years ago

“Mbalula said we must be led with a people with a track record‚” the source said‚ adding that he said the ANC should elect “bright young minds”.

He argued that there ought not to be character assassination in ANC election processes.

“He also said there must establish a mechanism to deal with manipulation and branches must elect directly.”

As part of the report‚ the source said Mbalula told delegates that the size of the ANC’s National Executive Committee should be reduced.

At least three provinces have proposed that the size must be reduced from 80 elected members to 40.

The policy conference began on Friday with an address by President Jacob Zuma. ANC deputy secretary Jessie Duarte delivered a report on credentials of delegates which was followed by a diagnostic report by ANC secretary general Gwede Mantashe.

Delegates loyal to Zuma tried to stop Mantashe from delivering the report but after much debate‚ the report was delivered.

The big debate following Mbalula’s report is likely to be on the expansion of the ANC’s leadership structure with some proposing that there should be seven elected leaders as opposed to six. Others have argued that there should be eight‚ with yet another grouping pushing for nine.