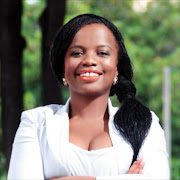 The DA’s Phumzile Van Damme said the party had written to UK-based Public Relations and Communications Association (PRCA) as well as the Chartered Institute of Public Relations (CIPR) urging them to investigate the allegations.

Bell Pottinger is a member of both bodies which have a clear code of conduct that PR firms must adhere to‚ she said.

Duduzane Zuma‚ in his capacity as a Gupta employee‚ allegedly procured the services of Bell Pottinger in what Van Damme said seemed to have been an attempt to divide and conquer the South African public by exploiting racial tensions in a bid to keep his father‚ President Jacob Zuma‚ and the ANC in power.

According to Section 4 of the PRCA Professional Charter pertaining to discriminatory conduct‚ “[a] member is required to take all reasonable care that professional duties are conducted without causing offence on the grounds of [..] race [..] or any other form of discrimination or unacceptable reference”‚ Van Damme noted.

Moreover‚ Section 1(a)‚ (c) and (d) of the CIPR Code of Conduct‚ states that “[m]embers of the [CIPR] agree to: a) maintain the highest standards of professional endeavour‚ integrity‚ confidentiality‚ financial propriety and personal conduct; c) respect‚ in their dealings with other people‚ the legal and regulatory frameworks and codes of all countries where they practise; d) uphold the reputation of‚ and do nothing that would bring into disrepute‚ the public relations profession or the [CIPR]”.

“In a leaked Gupta email‚ Nick Lambert‚ a Senior Advisor at Bell Pottinger‚ identifies ‘key moments’ in a speech which was delivered by ANC Youth League Leader‚ Collins Maine. These key moments include the following quote: ‘those who want to disrupt the State of the Nation speech must prepare themselves for a civil war’.

“It is disturbing that the incitement of a civil war in South Arica is identified as a ‘key moment’” by a Bell Pottinger advisor‚” said Van Damme.

Furthermore‚ in another email‚ Bell Pottinger’s Financial and Corporate Partner‚ Victoria Geoghegan‚ met with Duduzane Zuma‚ to strategise a campaign aimed at marketing a “narrative that grabs the attention of the grassroots population who must identify with it‚ connect with it and feel united by it”.

“From this correspondence‚ it is seems as though Bell Pottinger was likely requested by Mr Zuma‚ to undermine the ANC’s communication on policies in order to benefit the Gupta family.

“The DA has now written to these bodies to lodge formal complaints against Bell Pottinger as it has seemingly violated the Codes of Conduct of these regulatory bodies and behaved in an unethical manner.

“We urge the PRCA and the CIPR to fully investigate these allegations‚ as any attempt by a PR agency to ferment racial divisions in South Africa cannot be tolerated‚” said Van Damme.