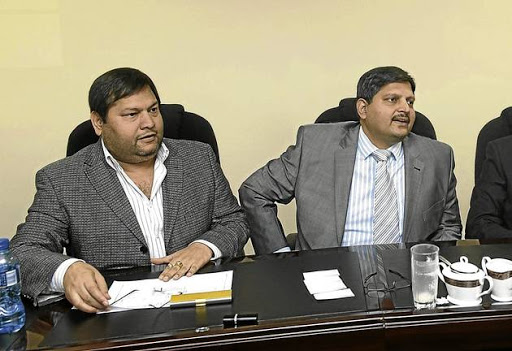 South Africans have taken to Twitter to voice their concern over the state of the nation after nearly a month of non-stop revelations over the Gupta family and their capture of the state.

She also spoke out against attacks on journalists‚ asking Police Minister Fikile Mbalula if action was being taken – he responded in the affirmative.

But other prominent South Africans also had their say‚ painting a picture that is not so rosy.

The leaked e-mails seem to reveal a criminal enterprise that we all know exists.What is depressing is absence of criminal investigation.

So embarrassing! These fellows even couched our misleaders to answer questions! Where is your pride Minister? pic.twitter.com/ZPSDNZjWqu

Dr Iraj Abedian‚ board member of the Development Bank of Southern Africa and economist‚ was damning in his analysis of media reports that auditing firm KPMG had missed its mark by not finding money paid to the Guptas by the Free State government in support of the Estina Dairy Farm project in Vrede‚ which was laundered back to SA through Dubai - and used to pay for the lavish Sun City wedding:

Sygnia CEO Magda Wierzycka was equally damning of the apparent oversight by KPMG:

Every SA company which employs KPMG as auditors needs to be asking some hard questions. Sygnia certainly will. https://t.co/aK63h4mFCm