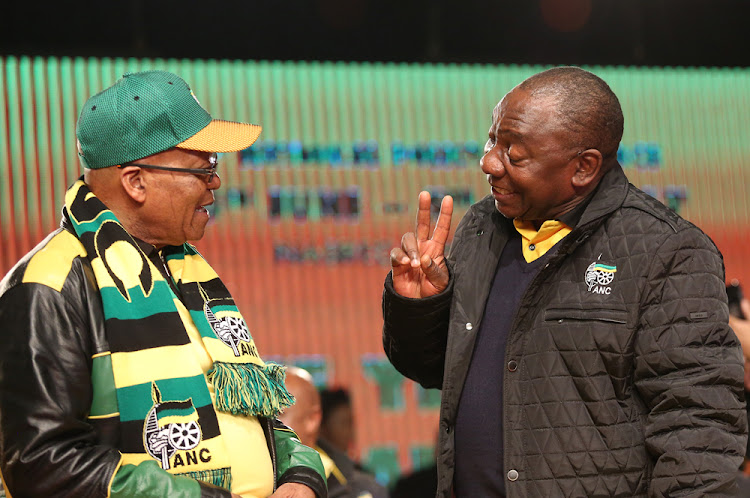 Moves to have two deputy presidents in the ANC and to expand the party's top leadership structure to nine were dealt a blow at the policy conference yesterday.

TimesLIVE has learnt from reliable sources that the issue was debated by conference delegates in closed commissions on organisational renewal‚ with the majority agreeing that the ANC should only add a second deputy secretary-general in their top leadership structure‚ expanding it from six to seven.

The ANC in KwaZulu-Natal‚ which has the largest delegation at the conference‚ was adamant that the ANC did not need two deputy presidents.

Ramaphosa says ANC will emerge with a united front on policies

Deputy president Cyril Ramaphosa has reassured South Africans that despite delegates having different views on policies that have to be implemented ...
Politics
4 years ago

Insiders said the call for a second deputy president of the ANC did not gain any traction.

“Most commissions said it has to be seven. This thing of nine leaders will not work and people are agreeing‚” a source said.

“We are not going to allow this thing of two deputy presidents. It does not work it does not make any sense‚” he said. However‚ delegates from the North West said they still hoped to persuade conference to adopt the proposal.

The North West wants one deputy president to be responsible for international relations while the other would deal with monitoring and evaluation.

ANC North West chairperson Supra Mahumapelo said they had hoped to win over delegates to their proposal but in the end a resolution would have to be made based on consensus.

“International relations should be located in the presidency. There will be another deputy president in the ANC responsible for performance monitoring and evaluation‚” he said.

The issue is likely to be settled when the conference adopts policy proposals from commissions in the closing plenary on Wednesday. The ANC in Gauteng also shared the view that there should be two deputy presidents‚ but insiders say they did not push for this in the closed commissions.

President Jacob Zuma’s son Edward has threatened to lay a charge in the Equality Court against Lotus FM presenter Ravi Govender for calling his ...
Politics
4 years ago

The state capture allegations should be dealt with "honestly and swiftly" as part of the plan to put SA on the economic level it needs to be at‚ ...
Business Times
4 years ago

JZ in soup for vets slur