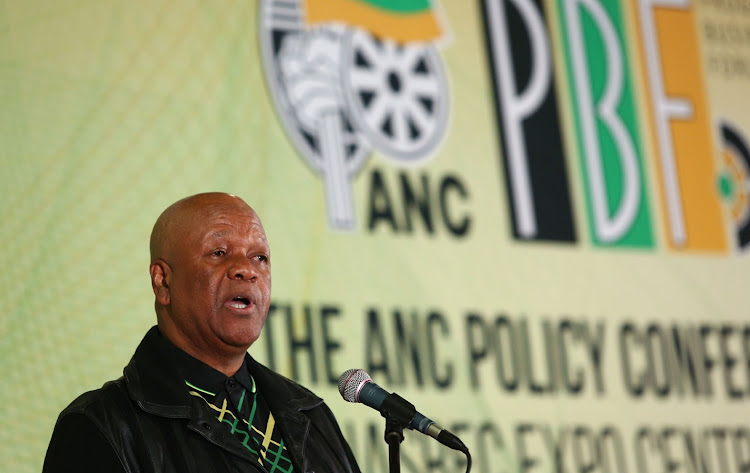 The ANC must not underestimate its ability "to pull ourselves up by our own bootstraps"‚ Minister in the Presidency Jeff Radebe said on Tuesday.

Radebe‚ who is head of policy for the governing party‚ was speaking during a breakfast briefing hosted by the Progressive Business Forum at the ANC national policy conference in Soweto.

He said rating agencies gave a country the benefit of the doubt where there was "trust and confidence".

SA has gone through turbulent economic times since the axing of Nhlanhla Nene from the finance ministry in December 2015.

Following President Jacob Zuma’s late-night Cabinet reshuffle at the end of March — which included the firing of Gordhan and his deputy Mcebisi Jonas — rating agencies took the step and downgraded SA to junk status.

ANC delegates have given government an ultimatum to ensure that a state bank is up and running within six months.
Politics
4 years ago

Radebe said part of the work at hand now‚ was to forge an entire new social compact.

He said leadership in government‚ as well as the party itself‚ had openly committed to improving business and investor confidence in SA.

This was particularly important‚ he said‚ as the National Development Plan (NDP) for 2030 envisaged strong economic growth ahead of dealing decisively with poverty‚ inequality and unemployment.

However‚ the economy contracted 0.7% in the first quarter of 2017‚ resulting in SA entering a technical recession.

"We must not underestimate our own abilities to pull ourselves up by our own bootstraps‚" Radebe said.

If the necessary steps were taken‚ SA would see the return "of the magical twins" of trust and confidence.

This would encourage the private sector to invest the R600bn in accumulated funds that they were sitting on‚ said Radebe.

Private investment was down to 19%‚ when it should be about 30% of the investment in the country.

Radebe emphasised that there should be no doubt that the ANC was committed to the implementation of the NDP.

He said a fake narrative had surfaced in recent times‚ that "the ANC government is not serious about the implementation of the NDP‚ that the NDP is just hollow political rhetoric. Nothing can be further from the truth."

He said his midterm report on the progress of the NDP‚ as delivered to the conference‚ should bury such negative narratives.