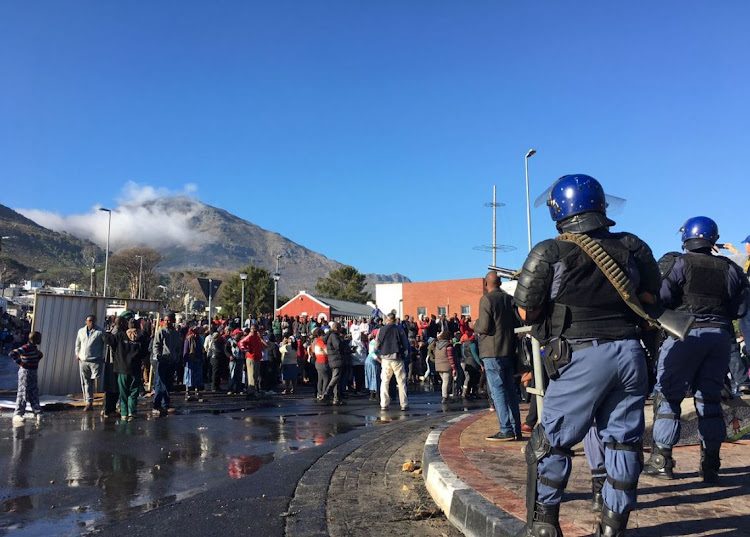 The City of Cape Town will accelerate the reblocking project in Imizamo Yethu in Hout Bay after mayor Patricia De Lille met leaders from the disgruntled community.

De Lille told about 40 community leaders that reblocking‚ which is intended to allow for better movement and access to the hillside township‚ would be prioritised in Madiba Square‚ the Shooting Range site and Donste Yakhe.

“We met with the community leadership again last night and brought a proposed plan to them‚ asking for their input on the way forward‚” De Lille said in a statement on Tuesday.

“We are assigning a new programme management team to facilitate and oversee all line departments in the area.

“The community leaders agreed with the way forward and we discussed and will keep engaging on the finer details on how the proposed steps will unfold.”

The chairman of the South African National Civic Organisation in Hout Bay‚ Samekelo Krweqe‚ said the leaders had conveyed the mayor’s message to the community and they had agreed to stop protests in the area.

Cape Town mayor Patricia de Lille wants residents of Imizamo Yethu to elect a delegation to meet her before she addresses the entire community‚ ...
Politics
5 years ago

“In the meeting that took place the mayor confirmed that the super-blocking would continue‚ and there would be people on the ground and machines working‚” Krweqe said.

Municipal workers undertook mopping-up operations on Tuesday to clear debris from protests which started on Saturday after angry residents took to the streets to vent their frustration over delays in the reblocking.

The project began after a large section of the community lost their home in a fire at the beginning of March‚ and was scheduled to last three months.

Residents complained that structures in the temporary site they had been relocated to were cramped‚ cold and leaked when it rained.

A 30-year-old man was shot in the chest as protests in Hout Bay turned violent on Monday.
News
5 years ago

Protests continued on Monday‚ residents blocking roads with burning tyres and trees. Police used stun grenades‚ tear gas and rubber bullets to disperse crowds as tension escalated and one man had to be hospitalised after being shot in the chest.

Damage from the protests included the destruction of a site office and equipment of the civil contractor‚ in addition to the petrol bombing of a sewage pipe.

“There is no justification for the violence which took place over the past three days‚” De Lille said.

“The people of Imizamo Yethu cannot afford these kinds of setbacks. We have said from the outset that we have to work together to ensure the people receive the services they need.”