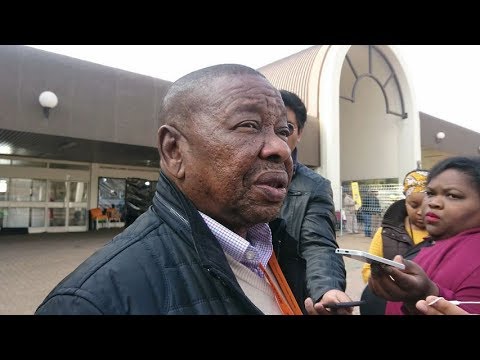 SA Communist Party general secretary Blade Nzimande has launched a fresh attack on the Gupta family‚ saying they were playing a "toxic role" in the ANC and in government.

"We have to fight the influence of what the SACP has called the parasitic patronage networks both in our organisations and in government.

"We are very glad that at least the issue of the Guptas has been upfront because we have long said that this family is playing a very toxic role‚ but we can't only blame the Guptas. We must also blame their collaborators inside our movement and government as well‚ and unless we deal with that‚ we are on a slippery slope‚" said Nzimande.

He was speaking to journalists on the sidelines of the ANC's 5th national policy conference at the Nasrec Expo Centre‚ south of Johannesburg.

"The ANC must be decisive and take action. We can't just rely on the generosity of those who are implicated in those (state capture allegations). The organisation together with its allies must take decisive action. I have no doubt that the SACP will once more be discussing this matter as something that poses an immediate threat‚" added Nzimande.

Following the SACP's central committee meeting earlier this month‚ Nzimande called on the Hawks elite police unit and the National Prosecuting Authority to investigate the leaked emails‚ which show the ties between various ministers‚ government officials and the Gupta family‚ who are associates of President Jacob Zuma.

Nzimande‚ who is also the minister of higher education‚ told the media at the time that the Gupta emails appeared genuine.

Nzimande said no one had come out to say the emails were false and that no action had been taken against the media as yet.

The SACP will host its 14th national congress from 10 to 15 July at the Birchwood Hotel in Boksburg‚ where it will analyse the threats and weaknesses facing the ANC. It will further discuss the role the SACP must play in dealing with those issues.