Nkandla veg packhouse may be out of stew at last 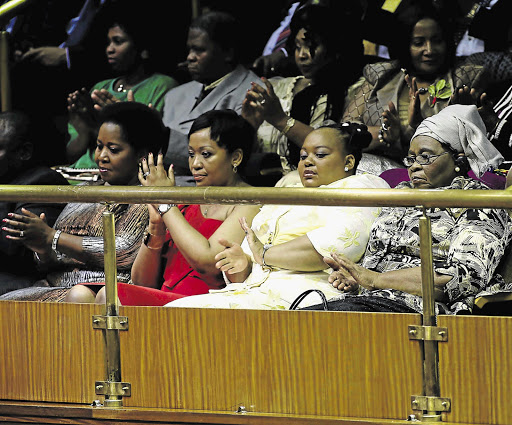 A R2.5-million vegetable packhouse for a women's co-operative run by President Jacob Zuma's wife Sizakele MaKhumalo Zuma, which stood dormant for three years, may finally be up and operational by the end of the year.

The pack house, on the doorstep of Zuma's private Nkandla residence, was built by the Department of Co-operative Governance and traditional affairs for the Qedisimo Sendlala Co-operative.

It was built to help women from the president's KwaNxamalala village produce their own food and sell it to the market.

But squabbling between the department and the Nkandla municipality over who was responsible for the packhouse made it a white elephant after its completion.

Now the municipality, which previously said it was responsible for the building, has changed its tune and admitted it was the implementing agent for the project.

It originally claimed the packhouse was the responsibility of the agriculture department, the main custodian of the project. But the Department of Co-operative Governance blamed the municipality for the delays in the project.

Qedisimo Sendlala was started by MaKhumalo in 2010 to help women at KwaNxamalala village to produce food for their families.

"When I realised that many people in the area were poor and did not have money to buy simple things such as vegetables, I decided to do something," said MaKhumalo at the time.

"We hope by the end of the municipal financial year the packhouse will be operational," he said.

He said the delay had been due to a "technical problem which will be corrected this financial year".

Cogta spokesman Lennox Mabaso said KwaZulu-Natal had a programme to support municipalities with vegetable packhouses and had already assisted in building six, most of which were working.

He said co-operative governance and traditional affairs MEC Nomusa Dube had written to the Nkandla municipality to find out why the vegetable packhouse wasn't working.