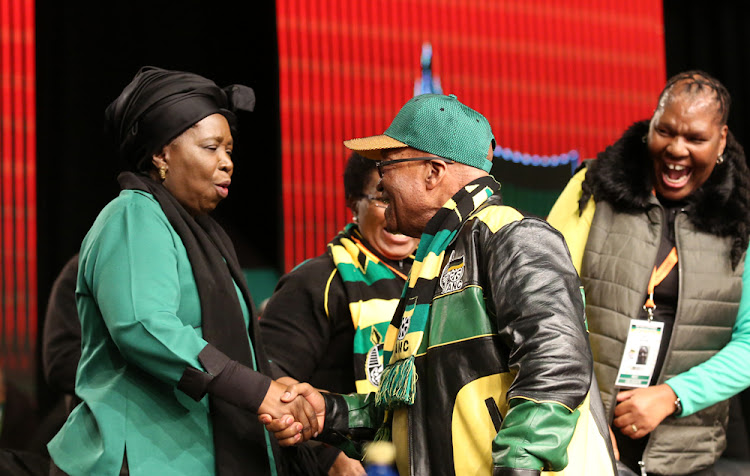 The ANC Women's League leadership has been accused of bullying its members into supporting Nkosazana Dlamini-Zuma as the league's presidential candidate.

This is according to a member of the women's league regional executive committee in Johannesburg, who spoke on condition of anonymity.

The source made the remarks on the sidelines of a secret meeting held in Johannesburg, where delegates attending the ANC policy conference appealed to National Assembly Speaker Baleka Mbete to enter the party's leadership race. Mbete attended the Monday night meeting in Mondeor.

The executive committee member said some women's league structures did not support Dlamini-Zuma.

"The ANCWL has never decided who should be president, but, in principle, we agree that we need a woman president," said the source.

"The leadership of the ANCWL is bullying other women to accept Nkosazana. You can't tell us that out of the pool of women in the country she is the only woman who is capable.

"They feel that, because we supported Zuma, we will support the ex-wife."

They may be opposed to having a man as the country's next president, but the ANC Women's League had no qualms with roping in six men to bolster their ...
News
4 years ago

Trouble in the heir: ANC factions in bid to avoid brutal showdown

ANC branches will have to decide on policy proposals to reform the electoral system as the party attempts to eliminate factionalism and slate ...
Ideas
4 years ago