Tshwane will not be directly employing outsourced security guards 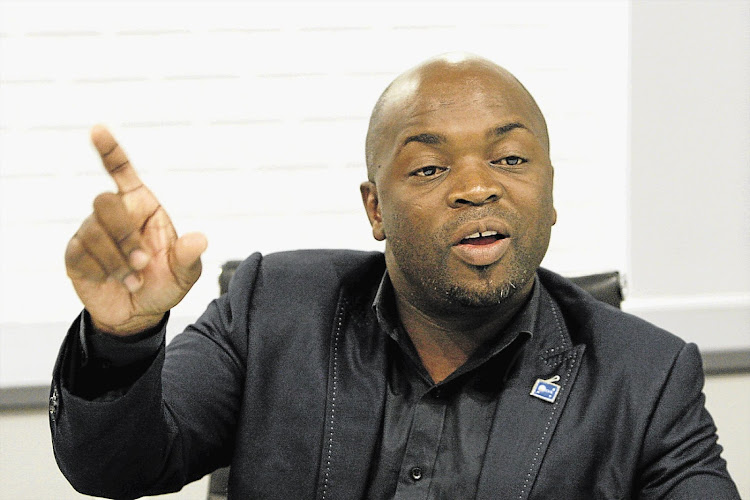 The EFF is credited with convincing Johannesburg mayor Herman Mashaba to directly employ security guards for the metro from outsourced companies‚ but the party does not look likely to replicate the feat in Tshwane.

Solly Msimanga‚ the DA mayor in the capital city‚ has revealed he discussed with the EFF's local leadership the fact his administration was not in position to employ more than 3‚000 security guards set to become jobless at the end of this month.

The guards‚ employed by various companies contracted by the previous ANC administration‚ are stationed at properties owned by the municipality.

In a typical outsourcing arrangement‚ the guards have to leave with their employer when the contracts end.

A throng of affected guards marched to the municipality's headquarters last week to demand direct employment. EFF members marched with the guards in solidarity.

In a turn of events‚ the guards marched to the EFF offices in the city this week. They accused the party of selling them out to the DA-led administration.

The EFF holds shared power in the Tshwane and Johannesburg metros‚ having voted with the DA and small parties to unseat the ANC following last year's local government elections.

Msimanga on Thursday told journalists he met with EFF Tshwane leadership on Wednesday to state his position.

“I needed to explain to them [that] the contracts came to an end‚ the city doesn’t have any direct dealing with the security personnel.

He said he had a duty to protect the finances of the metro. In a controversial move‚ Tshwane will by end of this month start posting its metro police to guard its properties.

“What I need to be very careful of is not to over promise or promise people things that will either bankrupt the city tomorrow or will make sure that this administration doesn’t run the way that it is running‚” said Msimanga.

“I need to be very careful of what I have at my disposal [so] I'm then able to deliver at the end of the day. That was made very clear. We will be engaging with them further on this.”

Mashaba‚ also a DA mayor‚ announced in May that the City of Johannesburg will be directly employing security guards protecting its premises.