Corruption and collusion behind crimes at OR Tambo: Mbalula 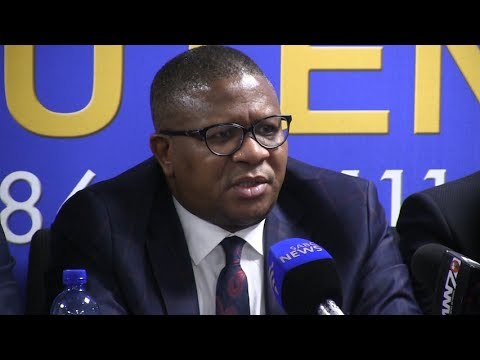 Those intending to commit crime at OR Tambo international airport will have to think twice before doing so as specialised police units will be deployed to keep a watchful eye on any suspected criminal activities.

This stern waning was issued by Police Minster Fikile Mbalula on Monday.

"All our police entities are going to conduct a joint operation with regards to what needs to be done here at the airport. I can assure all of you that criminals are not going to be on holiday‚ we are going to make very unpleasant and not only that‚ but we are going to clean out this place to zero‚" said Mbalula.

He was speaking on Monday afternoon at the airport following a meeting with State Security Minsiter David Mahlobo‚ Ekurhuleni mayor Mzwandile Masina and Gauteng MEC for Security Safety Sizakela Nkosi-Malobane.

Mbalula's remarks come just hours after a truck containing valuable goods was hijacked on the highway after leaving the airport and the truck driver and his assistant held hostage. However‚ the police were able to recover the truck and the goods‚ but the robbers were able to flee the scene.

He said they have identified all the weaknesses at the airport and that part of improving security and curbing corruption would be to rotate and vet police officers who are deemed to not be doing their jobs.

Three men‚ including a policeman‚ appeared at the Kempton Park Magistrate’s Court on Friday in connection with their alleged involvement in a R20-million heist at OR Tambo International Airport in March.

Mablula said the heist could have been avoided had competent and police officers with integrity been deployed at key sections at the airport.

He accused some police officers of taking bribes from criminals in broad daylight but said they were following all possible leads to root out police officers that might be implicated in criminal operations.

Two weeks ago‚ an armed robber was killed in a shootout and another was arrested after they held up security guards in the cargo area at OR Tambo airport.

The airport’s management said at the time that the shootout with police and security guards occurred at a highway ramp after robbers allegedly fled from the airport's Swissport warehouse in a hijacked cargo truck.