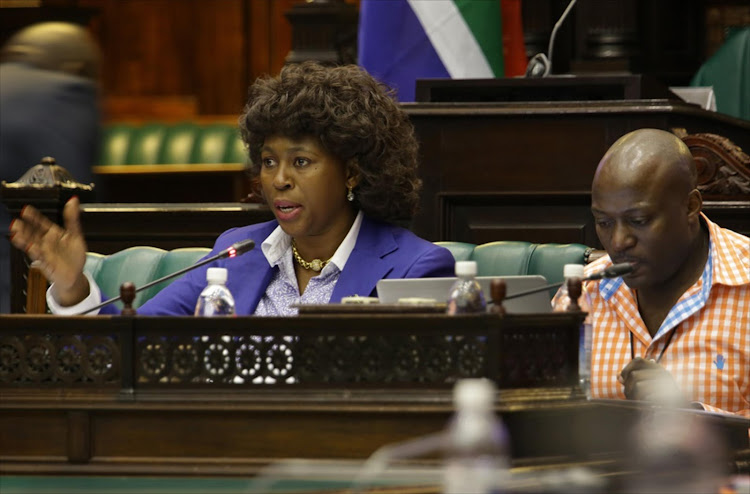 The police ministry is still keeping mum on whether it will grant protection to vocal ANC MP Makhosi Khoza following a death threat to her daughter this week.

On Tuesday Khoza revealed that a threat had been sent to her daughter earlier that day. It is believed to be related to Khoza’s stance that ANC MPs should vote with their conscience at next month’s vote of no-confidence in President Jacob Zuma.

ANC MP Makhosi Khoza has revealed that her daughter is receiving death threats.
Politics
4 years ago

Khoza first reported receiving death threats in March when she spoke out strongly against “inexcusable service being rendered by healthcare officials” at Matikwana Hospital in Hazyview‚ Mpumalanga‚ during a visit in her capacity as chairperson of parliament's health portfolio committee.

Later‚ the ANC Youth League threatened to picket outside Khoza's KwaZulu-Natal home because of her criticism of the ANC and her stance in favour of a secret ballot in the no-confidence vote.

On Tuesday‚ Khoza said that despite having opened two cases with the police following the threats and intimidation‚ she has not been offered any protection by the police.

This is in stark contrast to former African Union chairperson Nkosazana Dlamini-Zuma who was offered a presidential protection service.

The South African Police Service said the service was extended to her following a security assessment it had made and owing to ongoing investigations of threats against her.

Police ministry spokesman Vuyo Mhaga said on Wednesday he could not discuss the protection of private citizens.

He cited the case of South African Communist Party second deputy secretary Solly Mapaila‚ about whose security details the police could also not speak.

“We can’t engage with her over the media … we don’t discuss‚” he said.

Mhaga said police granted protection to people based on their assessments.

“We can’t confirm that [they have made an assessment on the security threat against Khoza] as we have not confirmed it before with anyone.”