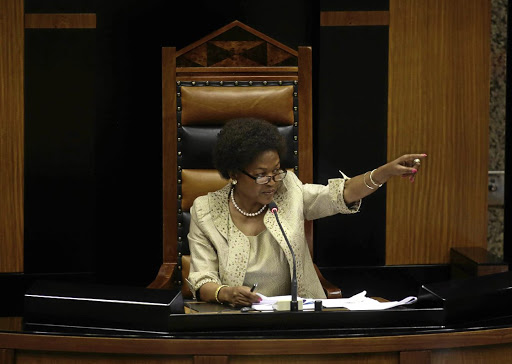 Speaker of the National Assembly Baleka Mbete will refer the report listing witnesses who allegedly misled Parliament when they appeared before the ad hoc committee’s inquiry into the SABC board to the Portfolio Committee on Communications in August‚ Parliament announced on Thursday.

The South African Broadcasting Cooperation has called on the public to participate in reviewing six policies which have been implemented since 2004.
News
4 years ago

The Parliamentary Legal Services submitted the report to the Speaker in June‚ it said.

“As part of processing the report‚ the Speaker wrote to individuals cited on the list‚ inviting them to make submissions by the end of July on the serious allegations they face.

"In terms of the Powers‚ Privileges and Immunities of Parliament and Provincial Legislatures Act‚ a person who wilfully furnishes a House or committees with information‚ or makes a statement before it‚ which is false or misleading‚ is liable to a fine or to imprisonment for a period not exceeding two years or to both the fine and imprisonment.

It added: “Any insinuation that the Speaker seeks to quash a parliamentary probe into these allegations is erroneous and without basis.”