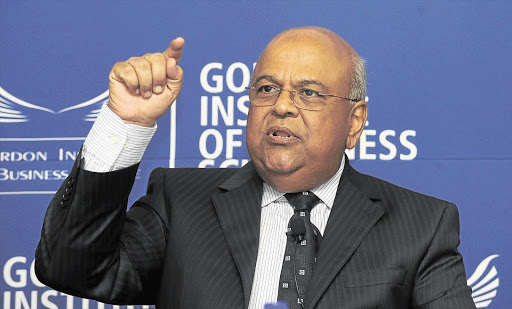 Former finance minister Pravin Gordhan has rejected the apology by London-based PR firm Bell Pottinger, that worked for the controversial Gupta family, labelling it a "pathetic cover-up" and an "insult" to South Africans.

Gordhan, one of several targets of the company's shamed campaign for the Gupta family, has called for the company to make a full disclosure, which would include details of what their clients, "the Gupta syndicate", briefed them on.

Ramaphosa hits out at Bell Pottinger

He also wants the firm to reveal what their dismissed partner, Victoria Geoghegan, did that concerned them, and for South Africans to start focusing on other South Africans who were part of the campaign.

The Sunday Times reported that Bell Pottinger prepared media releases and provided briefing notes for the presidents of the uMkhonto weSizwe military veterans and the ANC Youth League. They were also aligned, by a former Bell Pottinger employee, to several individuals like ex-government communications boss and labour director-general Mzwanele Manyi, as well as civic organisations such as the Black First Land First grouping led by Andile Mngxitama.

Since their work for the controversial family, the firm has been hit with a barrage of complaints from political organisations, civic society, professional bodies and ordinary South Africans through their social media pages as well as with complaints to PR regulators in the United Kingdom.

Gordhan told the Sunday Times: "It [last week's apology] uses 'white monopoly capital' as a narrative to cover a vast array of nefarious activities at the behest of, and in collaboration with, the 'Gupta syndicate' ... The minor admissions made vindicate what we've been saying for almost two years - that the attacks on institutions such as the National Treasury, and on individuals and their families was designed to malign them and create a distraction from the activities of the 'syndicate'."

Gordhan added that Bell Pottinger stood accused of collaborating in a systematic plan to capture the South African state as shown by both the studies by academics and stated in the report by the SA Council of Churches.

Controversial London public relations firm Bell Pottinger seems to have side-stepped Wikipedia regulations and has been able to edit entries about ...
Politics
3 years ago

"They went beyond image management or whatever they thought they were doing. You don't just cook up things or help to create fake Twitter accounts and start labelling people. If you are just a PR agency, you don't get involved in that," he said.

"They were attempting to legitimise and provide a rationale for the looting of state resources and divide our nation along racial lines and driving us [back] to our divided past. They were collaborating in undermining the good governance and constitutional structure and processes in South Africa, including in relation to cabinet appointments," he said.

Gordhan and his deputy at national Treasury Mcebisi Jonas, Absa CEO Maria Ramos and her husband Trevor Manuel, a former finance minister, as well as businessman Johann Rupert and several other companies and banks, all found themselves being targets of the campaign, which often took a personal note.

A British citizen who grew up in South Africa wants his petition to have a UK parliamentary inquiry into Bell Pottinger's “white monopoly capital” ...
Politics
3 years ago

The damage, though, was not limited to the aggrieved and their families, Gordhan said.

"Even if you take them at their word in terms of white monopoly capital being a terrible thing, that is interfering in a historic and national project that we were involved in as South Africans to bring our different communities together and build a nation as envisioned by the Mandelas of the world. And they were undermining and sabotaging that work."

Gordhan said South Africans should take comfort, not in the current apology, but in the fact that professional bodies in South Africa and the United Kingdom stood up "for what is right" by "insisting that their members operate in terms of the right values".

"The credit does not go to Bell Pottinger at all. It goes to others who are about to investigate them."