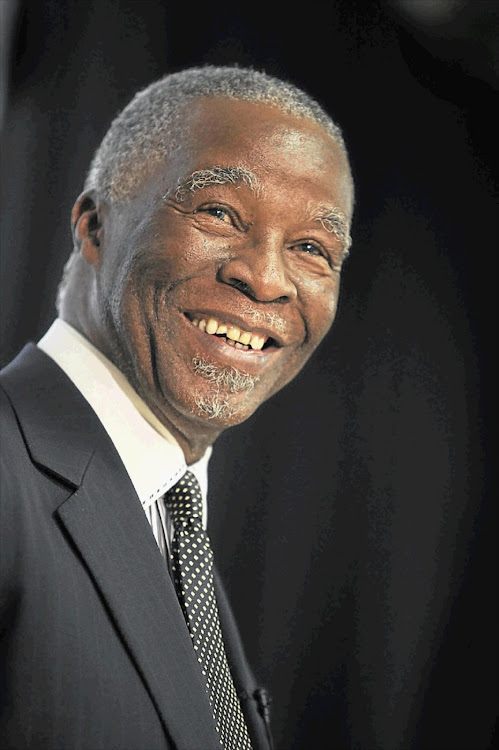 A rare interview with Thabo Mbeki caused a stir on Friday after the former president criticised the current administration and made revealing comments about his removal as the country's leader.

Mbeki told Power FM host Given Mkhari that his 2008 ouster was driven by lies within the ruling ANC.

"Lies were told to Juju (EFF leader Julius Malema) here by people whom Juju had no reason to disbelieve. Quite correctly‚ he believed them and acted accordingly. He discovered much later that he was lied to‚" Mbeki said in the televised interview.

Mbeki's criticism of his comrades did not go over well with many‚ who pointed out the former leader's own flaws under his rule.

Below are some of the views aired on Twitter.

So heated was the exchange that both #MbekiOnPower and #Thabo Mbeki were trending on the social media network on Friday morning.

It looks like #MbekiOnPowerFm is causing palpitations for some people in ministerial positions, #Bolelang, we are ready for you. 💃🏿🕺🏽💃🏿🕺🏽💃🏿 pic.twitter.com/u8T10sV4nk

You may love Madiba but not Mbeki. #Haska

To have a dialogue on moving forward there has to be as #Mbeki himself said a correct diagnosis of the nature of the problem.

The interview of fomer president Thabo Mbeki by power fm was so refreshing. If only....

There is no "anti Mbeki sentiment"..there is a DEBATE about a RARE interview he did last night.Had there NOT been one, there'd be no debate😴 https://t.co/xhu4epyZQ8