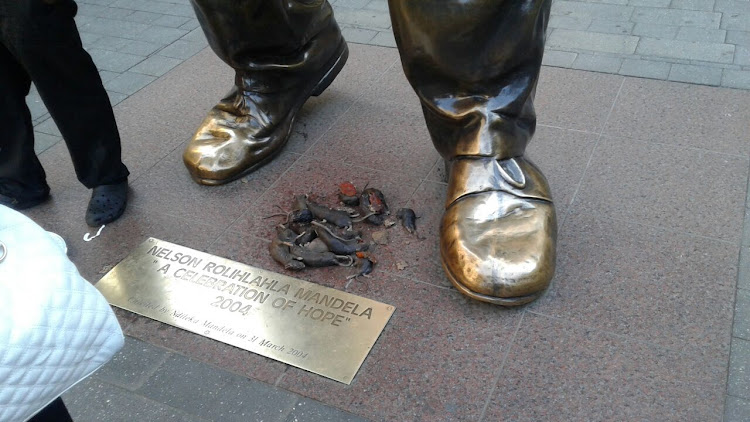 While politicians across the country were painting clinics and giving to the poor ‚ the president of the Economic Freedom Fighter Student Command‚ Peter Keetse‚ chose to take rats - some dead‚ some alive - and place them at the feet of the Nelson Mandela statue in Sandton City.

He explained his reasons for doing so to TimesLIVE.

“They [people] have said here is the man who is celebrated internationally and when you check just next door [in neighbouring Alexandra] the situation is worse than it was in 1994. It is deteriorating each and every day. Nothing is being done with that condition. It is always about the question of land. 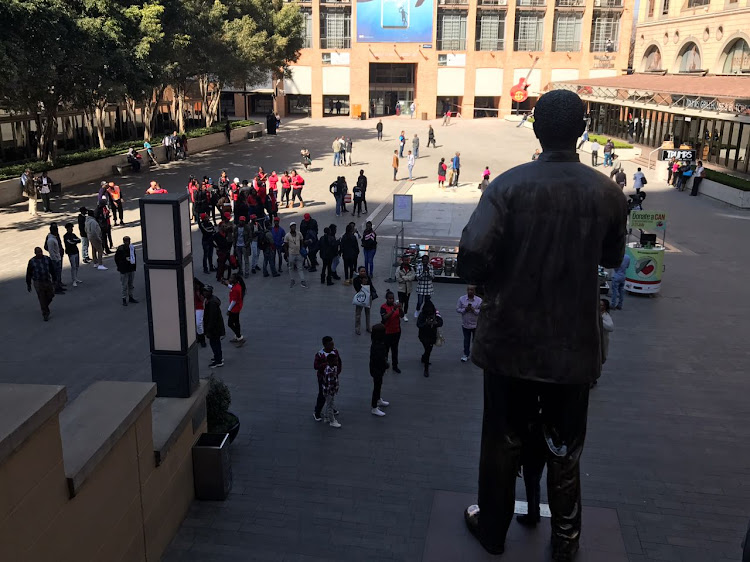 Those people there are just thrown as if it is a concentration camp...They [people of Alexandra] can just come and trim trees and flowers in Sandton and go back there where they are going to share the groceries with rats. It is very bad‚” Keetse said.

“We have said as Alex we are going to take this initiative and go to Mandela Square… and deliver a present to the old man.

Conditions are still the same. Nothing has changed. We believe that they [Mandela and ANC leaders] are the ones who could have done better during the Codesa negotiations and not sell [us out] on the question of land.”

Keetse said that a group of young people had helped capture 30 live rats and bring them to the statue where they also held a demonstration.

Some of the rats were dead by the time the reached the statue but the rest escaped into Mandela Square when they were released.