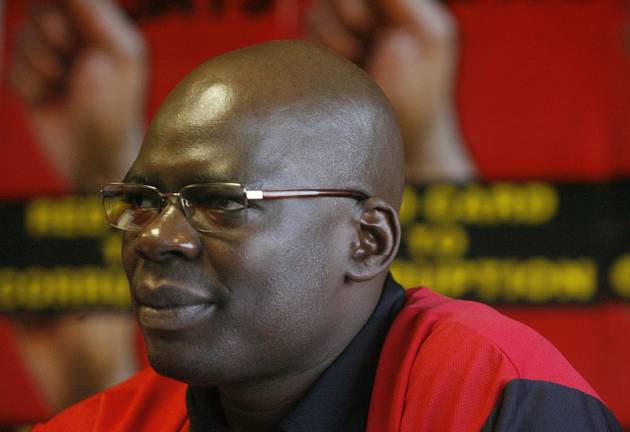 SA Communist Party first deputy general secretary Solly Mapaila has submitted an affidavit to the inspector-general of intelligence in which he accuses President Jacob Zuma of lying about why he fired then finance minister Pravin Gordhan and his deputy, Mcebisi Jonas.

Zuma reshuffled his cabinet in March. A presidency statement at the time said the move had been prompted by "the need for renewal".

But Mapaila said Zuma had told SACP and ANC officials that he had based his decision on an intelligence report.

Solly Mapaila, the deputy general secretary of the SA Communist Party, has submitted an affidavit to the inspector general of intelligence, accusing ...
Politics
4 years ago

"I've noticed many lies being said by the president. That is why I can confirm now [in] public, for the first time, that I've deposed an affidavit against the president with the inspector-general of intelligence.

"[This is] because he had gone to court to refute the fact that when he was removing Pravin Gordhan and Mcebisi Jonas he used the intelligence report - and he had briefed us [on] that.

"And I couldn't understand how could he tell us the truth and lie to the public."

Mapaila was speaking on Sunday night in a TV panel discussion.

It is not known if Mapaila's affidavit forms part of an investigation into the intelligence report cited by Zuma. Both his party and the DA have reported the matter to the inspector-general.

"I had to take that step because I felt it was important that we must bring him to the commitment of our movement. Our movement has always been a truthful movement," Mapaila said.

Although the SACP celebrated an uncontested leadership outcome, there was a lot of tension behind the scenes that led to first deputy general ...
News
4 years ago

"That is why the [ANC's] national executive committee must have the courage to take the president to task."

Immediately after the reshuffle, both the communists and senior ANC leaders disputed Zuma's version of why he acted as he did.

ANC secretary-general Gwede Mantashe and Deputy President Cyril Ramaphosa have spoken publicly about the intelligence report, in which Gordhan is said to have been accused of being part of a conspiracy to overthrow the South African government.

The inspector-general's duty is to ensure that South Africa's intelligence services comply with the constitution and legislation.

The office is also responsible for investigating complaints regarding maladministration, abuse of power and transgressions of the constitution by the intelligence services.