Khoza to face the wrath of the ANC in KZN 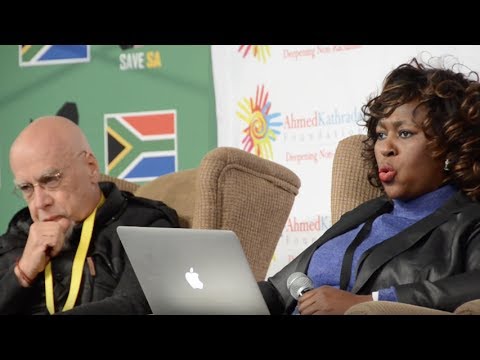 Outspoken ANC MP Makhosi Khoza on Monday called on Jacob Zuma to step down as president of the country. She said she had been receiving death threats after she called on ANC MPs to listen to their conscience when voting in a motion of no confidence against Zuma on August 8 2017. Subscribe to TimesLIVE here: https://www.youtube.com/user/TimesLive

ANC MP Makhosi Khoza "crossed the line" when she labelled President Jacob Zuma a disgrace and a dishonourable leader‚ the party's KwaZulu-Natal leadership said on Wednesday.

The party now wants Khoza - who hails from KZN - to "face the consequences of her actions". Speaking at the Future of South Africa conference in Johannesburg on Tuesday‚ Khoza‚ a firm critic of Zuma and the party's current leadership‚ said the president had lost "legitimacy‚ credibility‚ integrity and honour".

"The ANC in KwaZulu-Natal is of the firm view that Comrade Makhosi Khoza has now crossed the line and must immediately face the consequences of her actions. Comrade Makhosi is a member of the ANC and a deployed MP who is not immune from the political discipline of the ANC. Her public stunt … constitutes a blatant betrayal of the core values of the ANC‚" said Ntuli.

He also described her comments as "seeking cheap publicity" and that she was simply "pandering to popular sentiments".

"The latest public pronouncements of Comrade Khoza represented the worst form of arrogance‚ which is completely at variance with the conduct expected from those representing the ANC. Accordingly‚ the Provincial Working Committee has directed ANC provincial officials to urgently and immediately institute disciplinary measures against Comrade Khoza. She is now treating the ANC with absolute disdain and action with a maximum degree of impunity‚" he said.