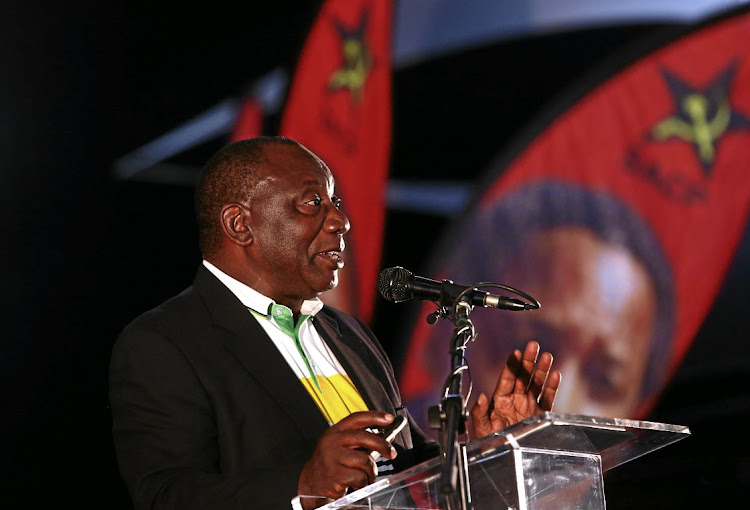 Ahmed Kathrada’s decision to publicly call on President Jacob Zuma to resign was one of the most difficult and painful decisions the late ANC stalwart ever had to make‚ Deputy President Cyril Ramaphosa said on Saturday.

Delivering a tribute to the struggle icon in his home town of Schweizer-Reneke in North West‚ Ramaphosa said Kathrada made the call not out of anger‚ nor of conceit. He made the call out of a sincere concern for the state of the movement and the needs of the country.

“He made the call because‚ as a loyal and disciplined member of the African National Congress‚ he understood that he was a custodian of the values and practices of the movement to which he had dedicated 75 years of his life.

ANC secretary-general Gwede Mantashe has pleaded with the church to pray for the ruling party so that delegates at its December conference can elect ...
Politics
4 years ago

“He understood that he had a responsibility – like all of us do – to defend the unity‚ integrity and principles of the organisation‚” Ramaphosa said.

He said it was a matter of deep regret to those within the leadership of the movement that‚ during his final months‚ Kathrada should have harboured such grave concerns about the state of the ANC and the direction of the country.

“He was concerned that the values that had sustained the movement for more than a century were under threat.

“The spirit of sacrifice and selfless struggle was being replaced by the unrelenting pursuit of influence and material reward.

“The camaraderie of prison and exile was fast fading as factional interests set comrade against comrade‚ leader against leader.

“The interests of the people were being subordinated to the interests of a few‚” Ramaphosa said‚ adding that Kathrada worried about the unity and coherence of the movement.

“He worried about the ability of the movement to continue to unite all South Africans in the struggle for freedom from ignorance‚ want and hunger.

“He like many others in our movement raised concerns that we should listen to and address‚” Ramaphosa stated.

He said the ANC had however embarked on a journey of renewal after the recent National Policy Conference at which it had reflected on the many fault lines within the movement.

“We reflected on organisational weaknesses and failures of leadership.

“We discussed the corrosive effects of power and money.

“Perhaps for the first time‚ the ANC confronted the reality of a concerted effort to capture key institutions of the state and of our movement.

“The Policy Conference did not solve these problems‚ but it has established a firm platform for the movement to correct its mistakes‚ to renew itself and to build unity grounded on principle‚” Ramaphosa said.