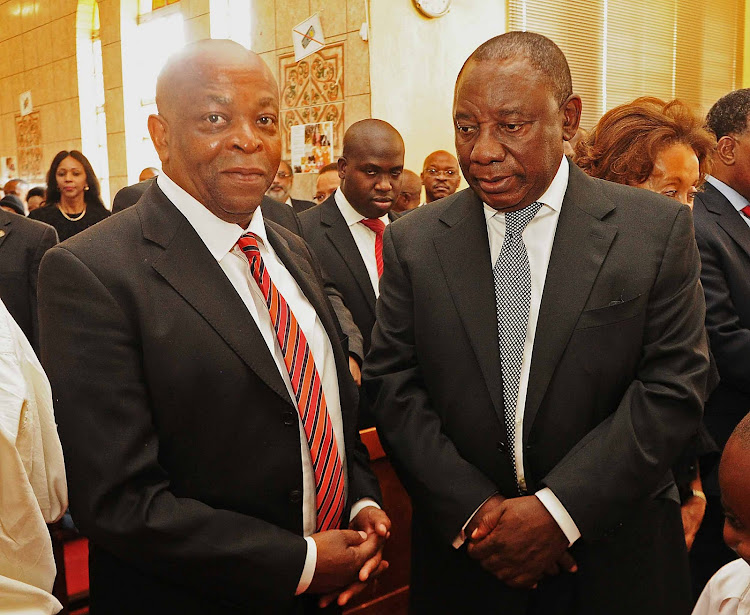 In a statement released on behalf of the family by Groovin Nchabeleng‚ the family confirmed Mamoepa died at Unitas Hospital in Pretoria late on Saturday after battling from complications from a stroke he suffered last month.

“The Mamoepa family are asking the people of South Africa to join them in prayer as they come to terms with the untimely loss of Ronnie‚” the family’s statement read.

“Ronnie is an icon of the country's liberation struggle having served five years of his youth in incarceration at the infamous Robben Island prison in Cape Town‚” the statement read.

The family also expressed their appreciation to hospital staff who cared for Mamoepa‚ thanking the various specialists who volunteered their services.

Most recently Mamoepa served as the spokesmen for Deputy President Cyril Ramaphosa.

“This is a great loss to me personally‚ to the presidency and government at large‚" Ramaphosa said in a statement.

"However‚ our thoughts are firstly and foremost with Ronnie's wife‚ Audrey‚ his children and his siblings. I offer my sincere condolences to Ronnie's relatives‚ friends‚ comrades and colleagues who have suffered the loss of someone who was much loved and respected across our country and beyond. We shall miss him greatly."

Details of funeral arrangements will be released in due course‚ the family said.