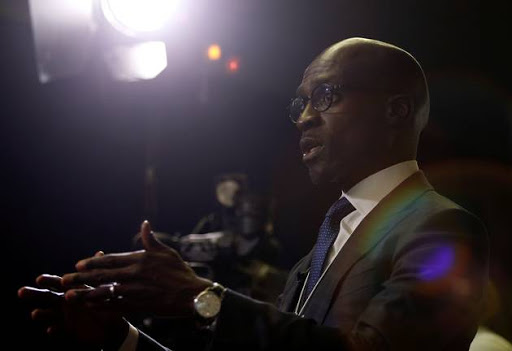 Finance Minister Malusi Gigaba has admitted that links between state-owned entities and the Guptas are having a negative impact on how lenders and ratings agencies view the companies.

Speaking to Talk Radio 702‚ Gigaba said he and Public Enterprise Minister Lynne Brown had several discussions about the state of Eskom following the release of audit findings last week.

“The issues being raised in the audit findings are serious and very grave. They are grave for the government. They are grave for how the investor community‚ especially the lenders and ratings agencies and the public view the governance of our state-owned entities. The minister herself has had several exchanges with the board of Eskom. The board took the right decision. We are standing in full support of the board’s decision‚” Gigaba said.

On Wednesday Eskom suspended its chief financial officer‚ Anoj Singh‚ on a precautionary basis‚ pending the outcome of a forensic investigation.

The suspension followed an urgent intervention by Gigaba and Brown.

This comes after Eskom was faced with a threat from the Development Bank of South Africa to recall its R15-billion loan if no action was taken against Singh and other Eskom officials responsible for the beleaguered parastatal’s qualified audit opinion‚ The Times has learnt.

In releasing its financials last week‚ Eskom confirmed irregular expenditure to the tune of R3-billion‚ but downplayed any possible consequences from its lenders.

However‚ The Times has learnt that DBSA’s threat‚ which was issued in a letter on Monday‚ was followed by another major bank the next day.

Such action would trigger similar recalls from Eskom’s other lenders‚ which exposes the fiscus to an immediate demand for more than R300-billion that Eskom owes a number of lenders.

Two weeks ago the Sunday Times reported that Eskom closed the 2017 financial year with R20-billion in its bank accounts.

Gigaba said he was in full support of any investigations conducted by Parliament to get to the bottom of the links between Eskom and the Gupta family.

“It is important that the portfolio committee should do exactly that to establish how far these problems go so that truth can finally come out so that we may know what is happening and what has been happening. The issues that are under consideration at the moment relate to the audit findings over the past financial year when I was no longer in the Department of Public Enterprises… But to the best of my knowledge when I was minister of public enterprises there were no such problems. Had those issues been reported to me‚ I would have acted promptly on them.”

He added that he was also worried about the allegations linking the Guptas to a lot of government business.

“I am like all South Africans. I am worried about that. But we need to establish fact from allegation…The fact that there are allegations against an individual does not mean those allegations are true. That is why we have to fully support a judicial commission which will establish the truth and be able to provide clarity to who has done what‚ how did they do it‚ who is complicit in the doing of that wrong‚” he said.