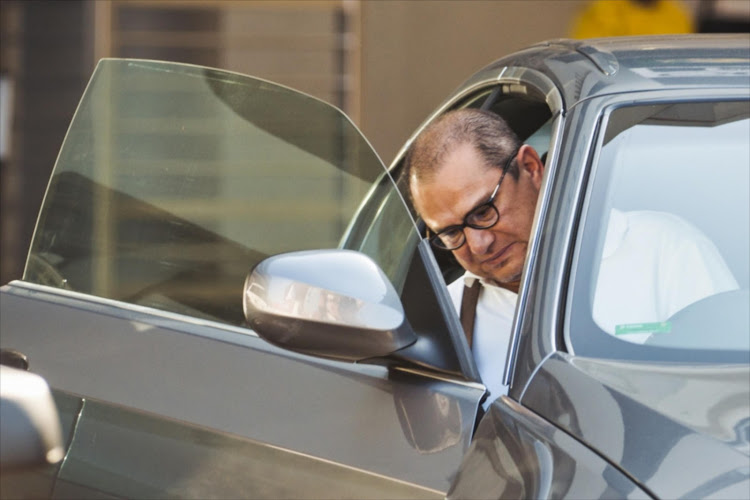 Focus on your “fake” illness and leave politics to us.

That was the warning the Economic Freedom Fighters (EFF) issued to convicted fraudster Schabir Shaik on Monday after he spoke out about the party's commander-in-chief’s comments about Indians in KwaZulu-Natal.

Julius Malema condemned the exploitation and racism that Africans suffer from many Indian people‚ in particular South African Indian businesses‚ at the party's fourth anniversary in Durban at the weekend.

The comments have been slated by many as being divisive‚ including terminally ill Shaik.

Economic Freedom Fighters commander-in-chief Julius Malema has set the cat among the pigeons with his comments about Indians in KwaZulu-Natal during ...
Politics
4 years ago

On Monday News24 quoted Shaik as saying: “This fool is misinformed and does not have any insight with regard to business ownership in KZN. Why does he not talk about Huletts and other big‚ white capital and business in the province."

However in a statement issued on Monday evening‚ the EFF's national spokesman Mbuyiseni Ndlozi said the party reaffirmed Malema's comments.

"We shall never keep quite (sic) particularly at the face of hypocritical criticism coming from convicted criminals like Shabbir (sic) Shaik who in order to avoid serving his sentence‚ went to fake terminal illness.

"We advice Shaik to focus on his fake illness before we have to call for his parole to be reviewed. It is precisely people like him who instead of confronting the racism African people suffer in the Indian community‚ they divert attention by making false alarms that EFF is inciting violence. "

Ndlozi said the Indian community in Durban‚ and elsewhere in the country‚ needs to "confront its own ills and the normalised hatred African people experience amongst them."

'What SA should have asked about Shaik’s terminal medical condition'

The Democratic Alliance is pushing for Schabir Shaik’s medical parole to be revisited by the courts.
Politics
4 years ago

He said the CIC was very clear that the EFF did not want dominance of any racial groups. "It is not about replacing white monopoly capitalism with either African monopoly or Indian monopoly.

"When men rape‚ we join in the condemnation represented in the public outcry that #MenAreTrash. Equally‚ the racism that African people suffer in the hands of many Indian businesses and families must be condemned and must come to an end."

Shaik may not be dead, but he can still haunt Zuma

On Wednesday last week, exactly 12 years ago, Schabir Shaik was granted leave to appeal his 15-year jail sentence after being found guilty on two ...
Ideas
4 years ago

From racial tensions to the land issue‚ to dealing with lazy municipal councillors to ownership of the media‚ and even the content of local rap ...
Ideas
4 years ago