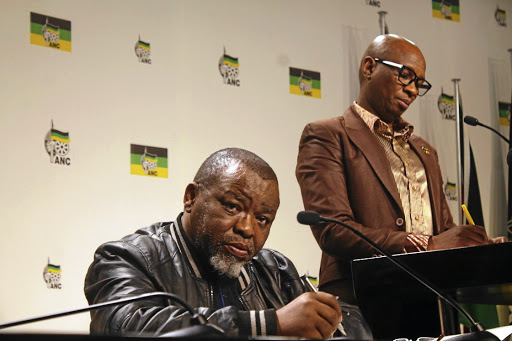 The ANC wants the government to provide free higher education for poor would-be students as early as next year.

At a lekgotla of the governing party's national executive committee at the weekend in Tshwane, it was proposed that the 2018 budget include provision for full first-year subsidies for students from households with a gross income of R150,000 or less a year.

ANC secretary-general Gwede Mantashe said the meeting also proposed a combination of grants and "affordable" loans for students from families with a gross annual income of between R150,000 and R600,000.

"We think that if we can introduce this for first-year students in 2018 we'll be beginning to phase in fee-free education at institutions of higher learning for students from poor households," Mantashe said.

"Students will be required to maintain adequate academic performance. That is the condition. You must perform. If you fail to do so, you will have to be disqualified."

The proposal has been made just a month before the Heher Commission of Inquiry is due to table its report on the feasibility of free higher education.

President Jacob Zuma established the commission following widespread protests in 2015 over fees at universities and amid demands for free higher education.

Mantashe denied that the move was meant to pre-empt protests that might flare up over fees in the next few weeks. He said the party was acting on a long-standing resolution.

The secretary-general said the proposal should be factored into next year's budget.

"Ministers are ministers of the ANC. As they meet, they should discuss how best [they] can effect this decision of the ANC. We don't say: 'Put it in the October budget or the February budget.' We are saying that by January 2018 this should be effected for first-year students."

Most of the proposals about the economy put forward at the Tshwane national executive committee lekgotla were a rehash of old ones.

Mantashe said the meeting spent a lot of time discussing the state of parastatals, many of which are being led by an acting chief executive.

The meeting discussed the "stalemate" in the mining sector. Mineral Resources Minister Mosebenzi Zwane introduced a new version of the Mining Charter that has been criticised by industry stakeholders, who say the minister had not adequately consulted them before signing it.

The committee has asked its economic transformation subcommittee to come up with an approach that will look beyond the current impasse and focus on the future of mining. This lekgotla's position suggests that Zwane's charter drafting does not enjoy the support of his party.

The ANC in Parliament has called for disciplinary action against another of its MPs‚ Mondli Gungubele‚ for what whip Jackson Mthembu called "the ...
Politics
4 years ago