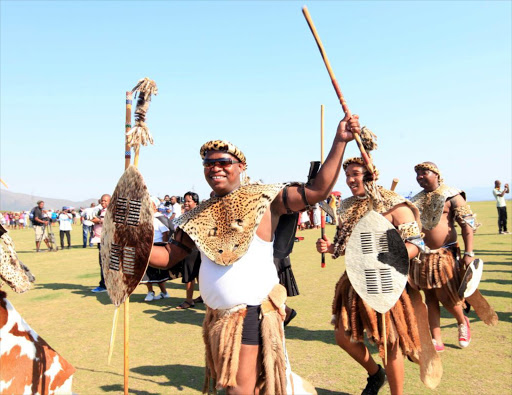 President Jacob Zuma’s son‚ Edward‚ has until midnight on Wednesday to retract offensive remarks he made against senior ANC leaders Pravin Gordhan and Derek Hanekom or face the music.

The ANC in KwaZulu-Natal wants Edward to retract his vitriolic open letter in which he called former finance minister Gordhan a "stooge of white monopoly capital" and former tourism minister Hanekom a "white Afrikaner askari".

ANC provincial spokesman Mdumiseni Ntuli told TimesLIVE on Wednesday that Edward was told that he had five days to retract and apologise for the comments. If Edward does not comply‚ he will be hauled before a disciplinary hearing.

“We said he must withdraw the statement‚ especially the areas that we felt were offensive. He has until midnight today to do so.”

Ntuli said the party’s provincial executive committee (PEC)‚ which is meeting this weekend‚ will have to decide on how to deal with Edward should he not apologise to Gordhan and Hanekom.

“We have a PEC this weekend and I am sure that one of the reports that will go to the PEC will be a report which will give an update on how this matter should be handled. If he does not comply‚ the PEC will have to take a decision on how to deal with this matter next week‚” said Ntuli.

Edward refused to respond to queries on Wednesday. But a defiant Edward was reported as saying on Monday that he would not retract his statement.

“My entire statement stands. I still respect the ANC but in this case I will not be retracting anything. I stand by what I said and I will never change anything‚” he told a Durban daily newspaper.

A letter attributed to President Jacob Zuma's son Edward has lashed out at dormer finance minister Pravin Gordhan. who earlier on Wednesday ...
Politics
4 years ago

Zuma junior also lashed out at the SA Human Rights Commission‚ describing it as “vile” after it announced that it was investigating him over “statements that promote hatred based on race”.

In his open letter‚ Edward said: “By being the extension of whites and white monopoly capital‚ Gordhan shows us of his inferiority complex to whites but superior complex to natives‚ that whites according to him and his inner world — deserve to be accorded a perpetual status as masters‚ and an African native is unimaginative to be of higher status than any race in this country.

“This privileged boy from Sastri College shows us that he would defend whites and their appointed crumb eaters‚ the White Monopoly Capital Indunas‚ the black parasitical political stooges at all costs.”

President Jacob Zuma's son Edward has threatened to lay a charge in the Equality Court against Lotus FM presenter Ravi Govender for calling his ...
Politics
4 years ago

He accused both Gordhan and Hanekom of “brazenly and unabashedly” speaking out against “the majority elected ANC and South African president‚ Jacob Zuma‚ on various white monopoly capital platforms”.

Edward has become known for his spirited and controversial defence of his father‚ using open letters and statements to attack those perceived to be against the president. Both Gordhan and Hanekom could not be reached for comment on Wednesday.