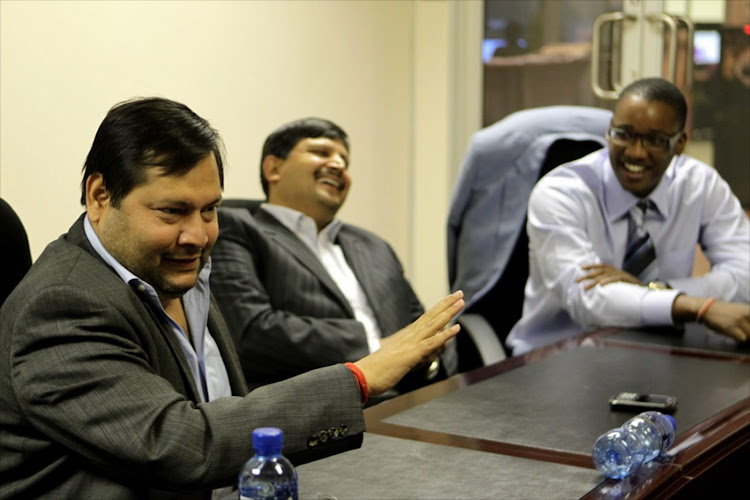 The Organisation Undoing Tax Abuse (Outa) said on Thursday it has laid charges of treason‚ racketeering‚ extortion‚ fraud and forgery against the three Gupta brothers and Duduzane Zuma in connection with allegations of state capture.

The charges were laid at Randburg Police Station in Johannesburg‚ with an accompanying affidavit detailing the allegations by Outa’s chief operating officer‚ Ben Theron. This follows a trove of leaked emails that purport to show that a network of Gupta allies had been placed in key government positions to assist the family.

These implicate a substantial number of ministers and senior state employees who are alleged to be illegally sharing confidential state information with members and associates of the Gupta family.

The South African Human Rights Commission is to take steps to criminally charge President Jacob Zuma’s son‚ Edward‚ for what it called “disturbing ...
Politics
5 years ago

Outa laid charges against Atul‚ Ajay and Rajesh “Tony” Gupta as well as Duduzane Zuma‚ who is the son of President Jacob Zuma.

“They are at the heart of state capture‚” Theron alleged.

“These charges are designed for combatting organised crime.”

Earlier this week‚ former public protector Thuli Madonsela called on all those implicated in the leaked Gupta emails to come forward and clear their names.

“I think people should challenge those who are implicated in the so-called Gupta leaked emails to provide written sworn statements where they tell us if those [are indeed] their emails or those are not their emails. If those are their emails‚ they must explain themselves then as to why they did what those emails suggest they did‚” said Madonsela.

It’s the radio interview everyone is talking about.A gasping Atul Gupta‚ Mr State Capture himself‚ goes on air at the BBC and says he believes all is ...
Opinion & Analysis
5 years ago

In a recent interview with the BBC‚ Atul Gupta denied allegations revealed in the leaked emails.

“On Gupta leaks‚ there is no authenticity. It’s perceptions to drive their own agenda‚” he said.

The denial contradicts statements made by senior politicians‚ including those in the ruling African National Congress. ANC secretary general Gwede Mantashe said last month that four ANC leaders named in the so-called Gupta leaks had confirmed the authenticity of the emails.

Inkatha Freedom Party (IFP) leader Mangosuthu Buthelezi has also stated that he had visited the family’s mansion‚ as revealed by the leaked emails.