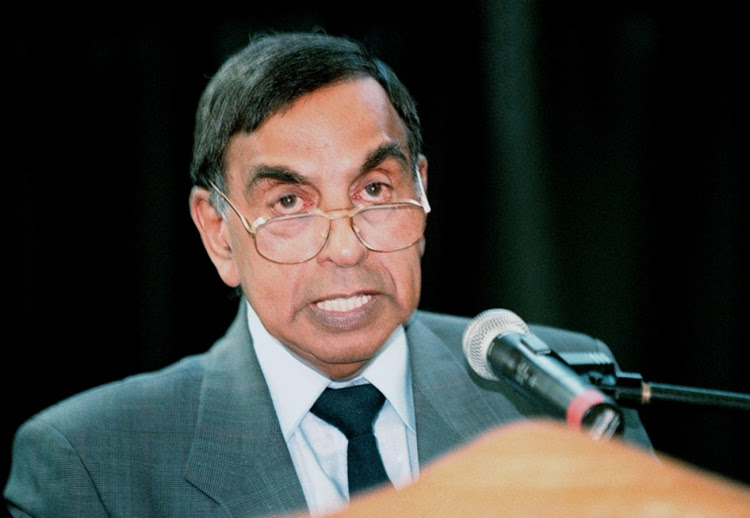 The family of former justice minister Dullah Omar has lashed out at the ANC region named after the stalwart for supporting President Jacob Zuma.

In a statement on Friday‚ the late stalwart’s family revealed that they were not consulted before the Western Cape region was named after Dullah Omar. At the time it did not see a compelling need to challenge the party.

But things have changed.

The Dullah Omar region of the ANC has come out in support of Zuma‚ a move which has offended the family.

The region is planning a march in support of Zuma on Tuesday as members of parliament debate a motion of no confidence in the president.

ANC secretary-general Gwede Mantashe said the family of the late Dullah Omar could not erase his contribution to the party.
Politics
4 years ago

The ANC's support of Zuma‚ says the family‚ goes against everything that Omar stood for.

“Dullah (Abdullah Mohamed) Omar was a man of integrity‚ honesty and humility. His words and deeds were based on similar principles‚ morality and values of many of the heroes of the liberation struggle‚ leaders and foot-soldiers

“He was unwavering and committed and could not be and was not diverted from doing what he felt was necessary to make South Africa a more just‚ equal and democratic country. No inducement of position‚ power or personal enrichment was powerful enough to change him.

“This contrasts sharply with the behaviour and actions in recent years of many ANC leaders and members up to and including President Jacob Zuma‚” the family said in a statement.

The family further stated that many ANC leaders - from ANC branches to the highest level - had dropped the ball.

Racism causing a rift in the Western Cape ANC

Race has emerged as one of the key factors fuelling divisions within the opposition ANC in the Western Cape.
Politics
4 years ago

“They are more interested in themselves and their positions than serving the interests of the people; factionalism‚ greed‚ anti-democratic practices have taken root; corruption and poor governance are rife; they act with arrogance and impunity. Their behaviour has let many down and is destroying the ANC and the country. There is no need to mention the litany of transgressions by ANC leaders and members –social activists‚ progressive structures and the media have done this sufficiently‚” the family said.

Dullah Omar‚ who was a strong political activists and advocate‚ died in March 2004.

The family said Omar should not be associated with the current ANC leaders.

Chairperson of the Dullah Omar region‚ Xolani Sotashe‚ said it was difficult to respond to the statement.

"The issue here is difficult to respond to because we did not get official communication from the family. And the current leaders (of the Dullar Omar region) did not name it‚ we inherited that name. But we respect what the family is saying‚" said Sotashe.

He said the matter would have to be dealt with by the party's national leadership.