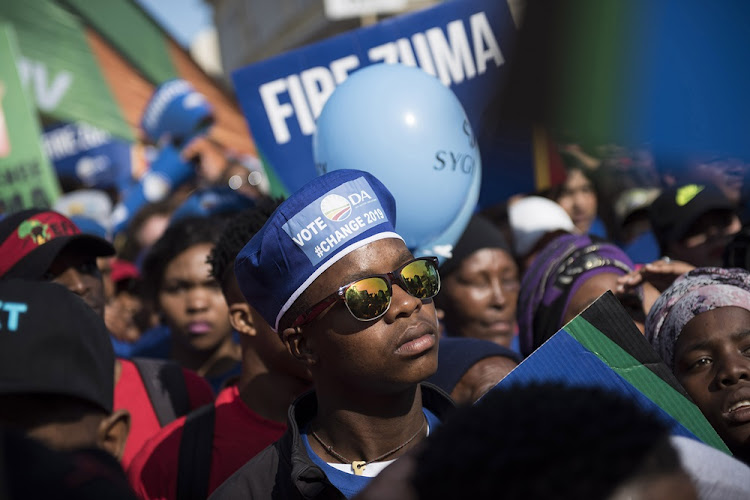 Following today's vote Future SA, said they believed that efforts against state capture on all fronts should be intensified.
Image: David Harrison

The Members of Parliament who voted to keep President Jacob Zuma in power have betrayed the country‚ said Future SA.

“To those who continue to support state capture‚ an increasingly corrupt government‚ and the narrow interests of a few‚ we say: history will judge you accordingly‚” Future SA said in a statement released shortly after the failed no-confidence motion against Zuma.

“You have betrayed the hopes of South Africans. You have tied the fortunes of the ANC to Zuma's corrupt moral code‚” the group of civil society organisations said.

It praised the ANC MPs who voted with the opposition against Zuma.

EFF leader Julius Malema told his crowd of supporters outside of Parliament that he was proudly South African after the motion of no confidence failed to remove President Jacob Zuma. Malema also praised the masses for their dedication. Subscribe to TimesLIVE here: https://www.youtube.com/user/TimesLive

Future SA had held protests across the country ahead of the motion of no-confidence.

It called for campaigns against state capture to continue‚ regardless of Tuesday’s defeat.

“Following today's vote‚ we believe that efforts against state capture on all fronts must be intensified‚ as must be our campaigns to reclaim South Africa. Eradicating corruption is long-term work.”

“While today's motion against Zuma may not have succeeded‚ the fact that a number of ANC MPs have either voted in favour of the motion or abstained is an indication that Zuma no longer enjoys the full support of a significant number of members of his own party‚” said FutureSA.

“It is an indication that while he retains power for now‚ his base is certainly weakening.”

The two questions that haunt the #ZumaVote

When the music stops and the face-saving has passed, the African National Congress has to do some serious soul searching.
Opinion & Analysis
5 years ago

President Jacob Zuma did not waste time and immediately hit back at opposition MPs shortly after the motion of no confidence in his leadership was ...
Politics
5 years ago