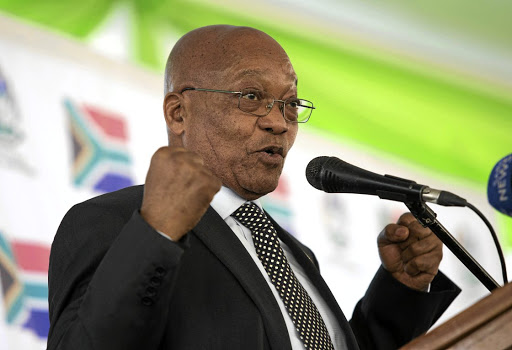 President Jacob Zuma says that the private sector is lagging behind in ensuring that women occupy senior positions of leadership and government wants to enforce equality in the workplace.

Speaking just a day after surviving a vote of no confidence in Kimberley‚ Northern Cape‚ Zuma said there had been a lot of progress in bringing basic services to communities.

He said women were primary beneficiaries of government’s services over the past 23 years.

Government was also making progress in empowering women economically‚ with R300-million worth of goods procured from women-run cooperatives‚ he said.

“Progress has also been made in the workplace‚ especially in the public sector. Women are increasingly occupying positions of authority and great responsibility‚ and occupy careers that were previously an exclusive preserve of men‚” Zuma said during the Women’s Day celebrations.

He remarked about the appointment of the first female President of the Supreme Court of Appeal‚ Justice Mandisa Maya.

“While we celebrate the advancement of women in the public sector‚ there is a continued exclusion of the majority of the population‚ both women and Africans‚ from decision-making positions in the private sector.

The statistics in the 2016-2017 Commission for Employment Equity Annual Report paints a bleak picture with regards to transformation. “White people occupy 68 % of the positions at top management level and 58% at senior management levels.

Women continue to be under-represented at 22% and 33% at top and senior management positions respectively.

“What is of great concern is that‚ one also notices that women are struggling to enter the labour market even at lower levels due to lack of skills. As a result‚ they are forced to turn to the informal sector to make ends meet. Government has taken a decision that we should go beyond lamenting to enforcing equality within the workplace‚” Zuma said.

The leader of the ANC Women’s League‚ Bathabile Dlamini‚ has used the Women’s Day celebrations in Kimberley in the Northern Cape to sing President ...
Politics
3 years ago

A former ANC councillor who was instrumental in the party’s win in the recent by-elections on the KwaZulu-Natal South Coast has become the latest ...
Politics
3 years ago

The Democratic Alliance says it believes that Parliament should be dissolved and an early election called as the ANC has lost the confidence of the ...
Politics
3 years ago
Next Article