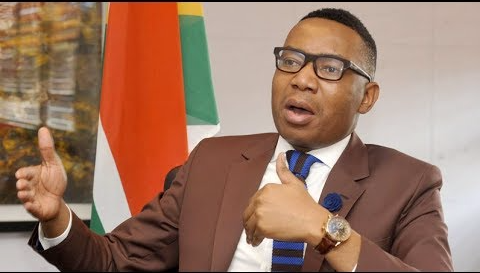 Deputy Minister of Higher Education and Training‚ Mduduzi Manana‚ has admitted to slapping a woman in a club in Fourways, north of Johannesburg.

The ANC’s Integrity Commission says it needs to conduct its own investigation before it can act against Deputy Minister Mduduzi Manana‚ who on Thursday appeared in the Randburg Magistrate’s Court on charges of assault.

Chairperson Andrew Mlangeni said that before steps could be taken against Manana the commission had to find out whether the assault allegations were true or not.

This is despite Manana releasing a statement on Monday apologising for slapping Mandisa Duma during an altercation at Cubana in Fourways‚ Johannesburg‚ at the weekend.

Manana also admitted to hitting her in an audio recording of a conversation with her brother‚ Phesheya.

"This matter just happened a few days ago so we don’t know what is happening and [we] have not investigated as yet. We have to find out first and make our own investigation - look into many things such as finding out if it's true or not true‚ where‚ when and under what conditions - before we can take any action against anybody‚" said Mlangeni.

Manana made his first court appearance at the Randburg Magistrate’s Court on Thursday on two counts of assault with intent to do grievous bodily harm for allegedly assaulting Duma‚ her cousin and a friend.

Magistrate Liesel Davids granted Manana bail of R5‚000 bail. His bail conditions include that he in no way try to contact the victims.

Mlangeni said although the media had covered this matter extensively‚ the commission would not just rely on media reports.

"He's making things easy for everybody by admitting but my committee has to meet first and decide what to do‚ I don’t just decide on my own‚” Mlangeni said.

Meanwhile‚ ANC secretary-general Gwede Mantashe said the national office had no business interfering in Manana's matter because Manana was not a member of the party's national and provincial executive committee.

He referred TimesLIVE to the Mpumalanga structures.

"He's not a member of any PEC (provincial executive committee)‚ he has a branch in Ermelo so [you] must talk to them about it‚" said Mantashe.

Manana will appear again in court on September 13.

Four days after Deputy Minister of Higher Education and Training Mduduzi Manana was accused of assaulting three women‚ he has finally appeared in ...
Politics
4 years ago

Mduduzi Manana‚ the Deputy Minister of Higher Education‚ sneaked into court via a back entrance on Thursday.
Politics
4 years ago

Deputy Minister of Higher Education Mduduzi Manana has arrived at the Randburg Magistrate's Court after admitting to assaulting a woman at the ...
Politics
4 years ago