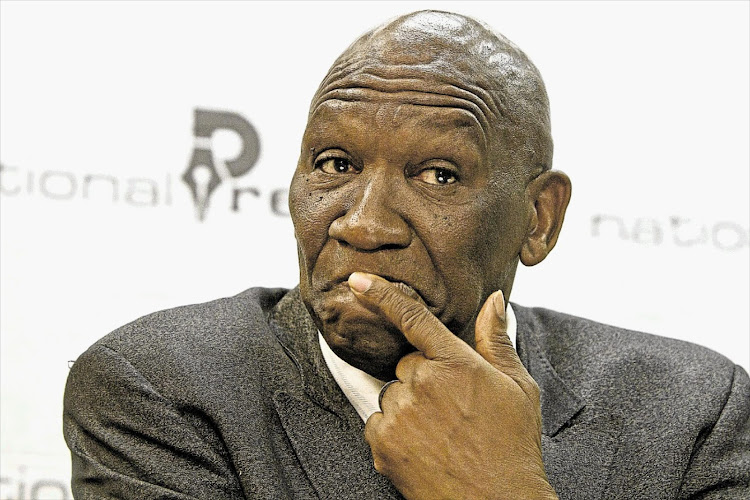 Cele was in Umlazi‚ south of Durban‚ on Sunday‚ addressing the ANC zones and branches engaged in a court bid to nullify the November 2015 elective conference for the ANC KwaZulu-Natal provincial executive committee.

He said the ANC leadership under President Jacob Zuma had failed to unite the party or take drastic decision against serious allegations of corruption‚ thus abdicating these responsibilities to the courts.

Cele said the failure of the ANC NEC to resolve membership and leadership issues facing the party had allowed disgruntled members to approach the courts‚ which had decided many issues that should have been addressed by the ANC leadership.

The ANC in KwaZulu-Natal and the Free State want the ruling party to convene a special national executive committee meeting to deal with its MPs who ...
Politics
4 years ago

In November 2016 Cele is said to have nearly come to blows with Arts and Culture Minister Nathi Mthethwa‚ a close Zuma confidant‚ when a call for Zuma to step down was tabled in an NEC meeting.

"There are ANC government ministers who have to report about their core portfolio functions to the Chief Justice of the Constitutional Court Mogoeng Mogoeng. This is an embarrassment because the courts are now taking over the function of the ANC NEC. I am embarrassed to be a member of this NEC‚" he said.

He slammed Zuma for campaigning for former AU chairwoman Nkosazana Dlamini-Zuma‚ the president’s ex-wife‚ to succeed him‚ saying: "The ANC is not a royal dynasty and does not have kings who must be succeeded by their queens or princes."

Cele said it was strange that Zuma said it was not ANC policy that the deputy succeeded an incumbent.

Cele said he would make his preferred candidate known only after the nomination process was opened in September.

"But I agree with the Deputy President [Cyril] Ramaphosa that those who are looting state resources must be prosecuted and the billions that they have stolen must be brought back to the fiscus.

"We have no doubt that some of the things said about the Guptas are true. There are ministers who fly to Dubai to take instructions from this family. These ministers arrive to their portfolios with advisers chosen for them by this family‚" he said.

Umlazi Cinema‚ where Cele spoke‚ was packed to capacity with people singing pro-Ramaphosa songs and denouncing people close to Zuma.

With more cracks in the African National Congress showing‚ the elective conference in December must ensure that the right leadership is elected in ...
Politics
4 years ago

The branches said they were ready for the court case on Wednesday.

One leader said the lawyers representing them had been enticed to abandon the case‚ with others being promised they would get lucrative KwaZulu-Natal government legal work if they did so.

In court papers the applicants allege‚ among other things‚ that the voters’ roll was manipulated ahead of the elective conference to favour certain branches and disadvantage others‚ and bogus delegates voted.

They also allege that the tweeting of results on the @myANC Twitter handle while voting was still under way proved the election was rigged; that the provincial congress was held earlier than had been scheduled; and that there were other voting irregularities.

The case will be heard by the full bench of the High Court in Pietermaritzburg from Wednesday to Friday.