Grace Mugabe must have her day in court‚ says MP 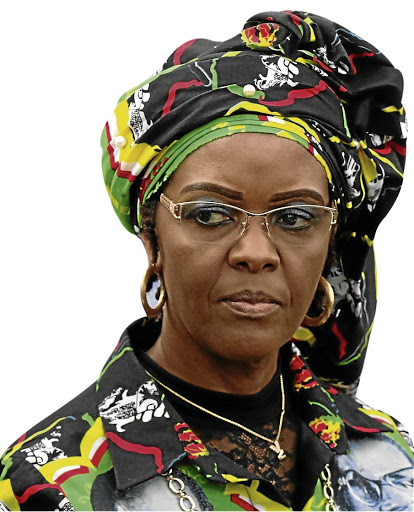 Zimbabwe's first lady Grace Mugabe is not entitled to diplomatic immunity and must be arrested‚ says Zakhele Mbhele‚ MP and Democratic Alliance shadow minister of police.

"The DA have confirmed that the investigation into the charges of assault with the intent to do grievous bodily harm against Zimbabwean First Lady‚ Grace Mugabe‚ is complete and the docket is ready for court‚" he said in a statement on Thursday.

"Yet‚ the SAPS has delayed this matter and now claim that they will not arrest Ms Mugabe until they have word from the Department of International Relations and Co-operation (DIRCO) on whether diplomatic immunity will be extended or not."

But‚ he said‚ in order for diplomatic immunity to apply‚ she should have applied before she entered South Africa.

We didn't arrest Grace Mugabe because of her status

"Further‚ the immunity extended to Heads of State does not extend to their wives. Ms Mugabe therefore has no diplomatic immunity‚ at least not in terms of following proper procedure which requires conferment of immunities and privileges to a person by notice in the Government Gazette."

"Therefore‚ she should be arrested and have her day in court to answer these serious allegations.

"The DA will keep a very close eye on this matter and‚ if necessary‚ we will not hesitate to go to court.

Private prosecutor Gerrie Nel is preparing to offer his help to the Johannesburg model who accused Zimbabwe's first lady Grace Mugabe of assault.
News
4 years ago

"No one is above the law and the DA will ensure that Ms Mugabe is not given special treatment and that she will face up to the charges against her."

Earlier on Thursday‚ Police Minister Fikile Mbalula said the SAPS had not arrested her because of her status.

He added that Mugabe has “her own version” of the alleged assault and never tried to flee the country.

She has been accused of assaulting 20-year-old Gabriella Engels with an extension cord at a luxury hotel in Sandton‚ Johannesburg‚ on Sunday night‚ where Mugabe’s two sons were staying.