It was ANC v ANC in KZN High Court 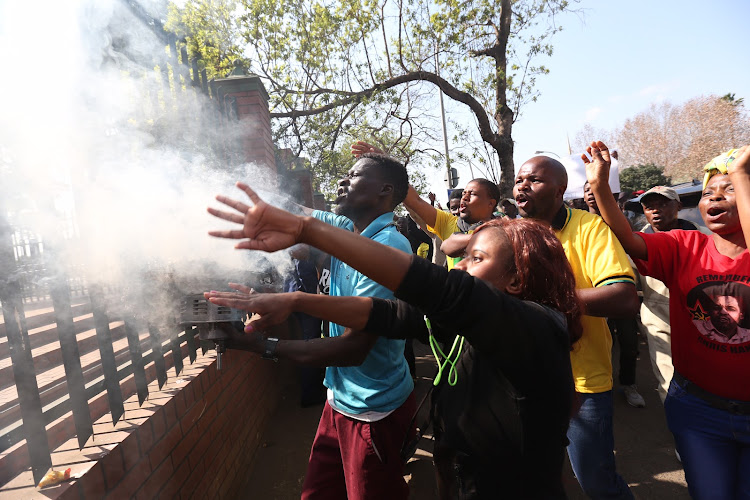 Though not cited as respondents, President Jacob Zuma and ANC secretary-general Gwede Mantashe were drawn into a courtroom drama in the Pietermaritzburg High Court yesterday.

Advocate Tembeka Ngcukaitobi, who is representing the aggrieved branches, called out Zuma and Mantashe, who are members of the ruling party's Top Six, saying they were complicit in the alleged wrongdoing that resulted in Sihle Zikalala and his faction trouncing that of Senzo Mchunu and his supporters at the 2015 elective conference.

Mchunu, who was ANC KwaZulu-Natal chairman and provincial premier at the time, was resoundingly beaten by Zikalala, who is now the economic development MEC.

Ngcukaitobi said: "My clients met President Jacob Zuma on December 12 2015 in Durban. He undertook to refer the matter to the NEC [national executive committee] and respond to the applicants in five days. However, he never fulfilled the undertaking."

He said the applicants approached Mantashe in writing in April 2016 for further relief. "For five months they waited for Zuma, and that is why they wrote to .Mantashe."

Ngcukaitobi said his clients had done a responsible thing by approaching Zuma and Mantashe, adding that the NEC was the biggest decision-making body between conferences and had the power to either call for fresh elections or declare the conference unlawful.

Outside supporters of the two factions chanted and sang - and had to be kept apart by police. Streets in the Pietermaritzburg CDB were closed as multitudes were bused in.

KwaZulu-Natal ANC chairman Sihle Zikalala wasted no time on Wednesday afternoon to lash out at a rival faction for their use of "EFF-aligned" lawyer ...
Politics
4 years ago