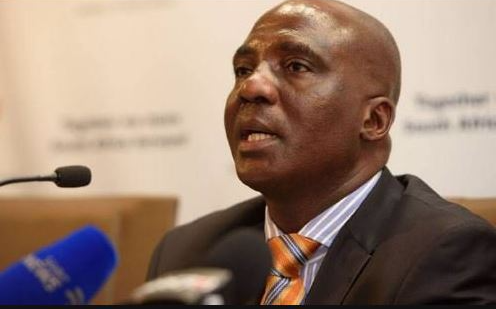 Minister of Transport Joe Maswanganyi is to hold an urgent meeting with all aviation entities of the Department of Transport to discuss the grounding of an Air Zimbabwe aircraft at OR Tambo airport on Friday‚ his office announced on Friday afternoon.

It said the aircraft was grounded allegedly due to non-compliance with South African civil aviation regulations‚ particularly the requirement that an operator must be in possession of a Foreign Operator's Permit‚ together with other documents‚ which must be on-board an aircraft at all times‚ and made available for inspection on request by the relevant authorities.

Grace Mugabe under fire for 'assault'

In what appears to be a tit-for-tat move by Zimbabwean authorities‚ at least two SAA flights from Harare are reported to have been grounded on Saturday morning. The reasons for them not being allowed to take off were not immediately known.

Maswanganyi apologised for any inconveniences that might have been caused to passengers.

“The outcomes of the meeting shall be communicated to the public at the earliest expediency‚” the transport ministry said in a statement.