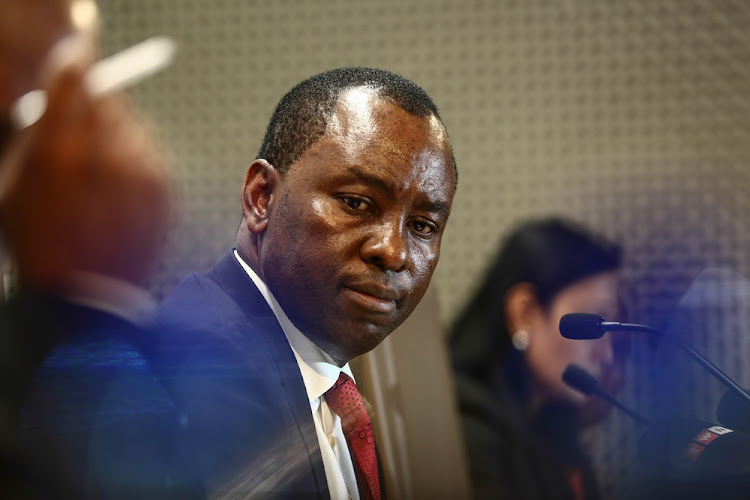 What would a president's son, three businessmen with billions in the bank and an eye on state resources, two premier's sons and a host of other politicians all be doing in Dubai at the same time?

If you ask them, they would want you to believe they were all on holiday and it was merely coincidence that they all happened to choose Dubai - in the same month.

They would want you to believe it is still coincidence that most of them stayed at the same hotel.

They even dispute that they met one another.

But one thing they cannot dispute is that details of their travel to Dubai in December 2015 - all ended up in the Gupta e-mail leak.

LISTEN: Our journalists take you inside their #GuptaEmails story

In the second episode of our Stolen podcast, The Times and Sunday Times journalists talk about paranoia, doubt, insecurity and why they don't give up
News
4 years ago

The Times has pieced together, through flight and hotel bookings contained in the leaked e-mails, a stream of visitors to Dubai in December 2015, a tax haven that has emerged as a crucial hub for the Gupta family empire.

Some of the visitors arrived on the Gupta family's account and the e-mails show the controversial family shelled out at least R600,000 for plane tickets that month alone.

The month was an important one for the Gupta family and their deals in South Africa.

The lucrative and controversial Optimum coal mine purchase deal was finalised with assistance from the Mineral Resources Minister Mosebenzi Zwane in early December in Zurich.

Zwane travelled to Dubai on the Guptas' private jet with Rajesh Gupta and stayed at the Oberoi hotel for three nights before jetting off to Delhi for medical treatment. 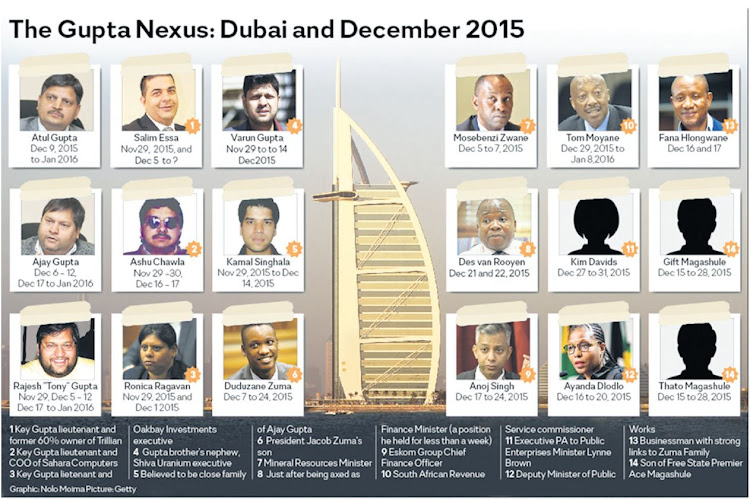 Meanwhile, Gupta lieutenant Salim Essa was getting the ball rolling for Trillian Capital Partners - a company in which he, until recently, held a 60% stake - deals with Eskom totalling R495-million.

Many of those journeying to Dubai would feature as prominent actors in some of these deals and decisions.

Among the December visitors to Dubai were Zuma's son, Duduzane, the Guptas' close business partner.

Also there were the sons of Free State premier Ace Magashule, Thato and Gift Magashule. Van Rooyen was there. At the time he had just been axed as finance minister.

"I was actually on my way to Jordan and I made a stopover in Dubai. Fana [Hlongwane] was there. All I know is that it was an arrangement between Fana and I and that was it. I've known Fana since I was a kid. We grew up in the same township, we are like family, and we come a long way," Dlodlo previously told The Sowetan.

E-mails later corroborated this - with an Oberoi employee informing Chawla via e-mail that Hlongwane had settled Ddlodo's bill.

Shortly before his suspension, Singh told the media he was preparing a "tell all" document regarding the trips to Dubai for the Eskom board.

Charges of corruption and abuse of his position at Eskom have been laid against Mark Pamensky‚ a former board member of the electricity utility‚ ...
News
4 years ago

Also in Dubai at the time was South African Revenue Service commissioner Tom Moyane, who denies that he met any Gupta family members or their associates. Moyane said he was there during a stop-over while returning from travel elsewhere.

His travel details are not in the Gupta e-mail leak but were independently obtained by The Times.

The Gupta brothers, Rajesh, Atul and Ajay, appear to have stayed in Dubai for most of December, except for a brief return to South Africa by Rajesh and Ajay the weekend Van Rooyen was fired as finance minister.

The Gupta family have consistently declined to comment on articles stemming from the leaked e-mails.

UK public relations company Bell Pottinger will face a disciplinary committee on Friday after being accused of exploiting racial tensions in South ...
News
4 years ago

ANC presidential hopeful Dr Nkosazana Dlamini-Zuma on Tuesday voiced her backing for a commission of inquiry into the Guptas’ alleged infiltration ...
Politics
4 years ago