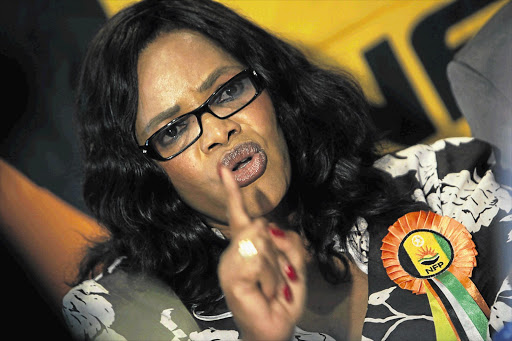 The National Freedom Party has been ordered to settle a R4.5-million advertising bill after it was hauled to the Durban High Court over non-payment.

The unpaid bill‚ which dates back to 2014‚ relates to billboard and poster advertising for the political party. According to papers before the court‚ the NFP had entered into an agreement with Clout Media ahead of the 2014 elections. In the wake of the polls‚ the party had failed to honour payment terms and the company sought relief from the court‚ the matter first being placed on the roll in 2016.

The matter was later removed after attorneys for the two parties reached an agreement‚ at the centre of which was a payment schedule to settle the outstanding debt.

“The respondent [the NFP] made payments towards the indebtedness totalling R4‚248‚000‚ leaving a balance due of R4‚511‚668.80‚” a company representative‚ Thembinkosi Mjozi‚ said in an affidavit.

In terms of the settlement agreement the party had agreed to make an initial payment of R3 million by June 13‚ 2016‚ and then a series of payments of R250‚000 every month thereafter.

Judge Themba Sishi granted judgment in favour of Clout‚ ordering that the party settle the debt. A date for full settlement was not given.