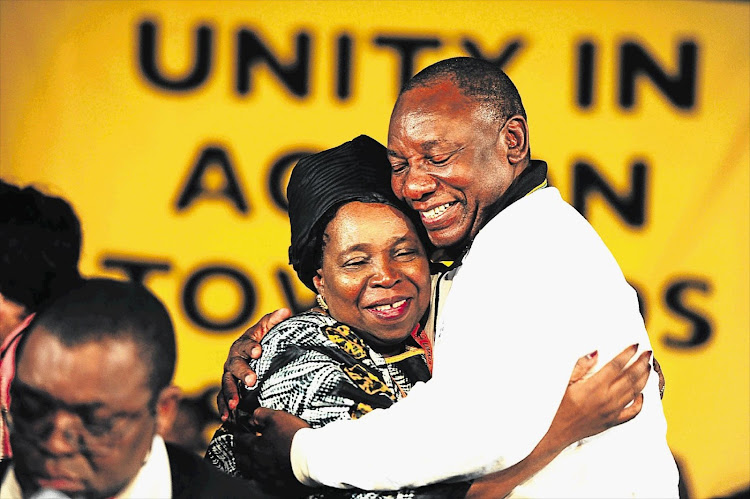 The ANC in the North West and the Northern Cape are set to table a proposal for local and national elections to be aligned at a bilateral meeting on Monday.

The talks between the two provinces‚ whose leadership are on opposing sides of the factional divide in the ANC'S succession race‚ formed part of a series of bilateral meetings between provinces ahead of the party's elective conference in December.

The Northern Cape is the only ANC province which has endorsed deputy president Cyril Ramaphosa to succeed President Jacob Zuma while the North West leadership is backing NEC member Nkosazana Dlamini-Zuma.

The provinces were silent on their discussions around the leadership question in a statement released on Monday and rather focused on policy matters.

"We also agreed that a proposal must be tabled to align local and national elections‚ in order to assist the ANC to combat deepening divisions and also to allow ANC election machinery to be used for only one election‚ which will impact positively on the cost of campaigns‚" a joint statement from the provinces said.

What's next? 3 scenarios for the future of South Africa

South Africa's future is finely balanced as a contest looms between ANC reformers and traditionalists for the swing vote.
Opinion & Analysis
3 years ago

The provinces discussed the "ideological degeneration" in the ANC‚ agreeing that "strict discipline should be imposed to protect the integrity of the organization".

This meant that "members should not question the ANC directive".

This comes as the ANC is proceeding with disciplinary action against individuals seen as hostile toward Zuma in the aftermath of the motion of no confidence in him in Parliament in which over 34 MPS voted in favour of his removal.

"We agree that discipline amongst ANC members must be taken seriously and members of the ANC must at all cost avoid public spats because they don’t harm individuals‚ but the ANC's reputation‚" the provinces said in their statement. The ANC in Mpumalanga and Gauteng also met on Monday‚ agreeing that in pursuit of unity in the ANC‚ the interests of the country must be the top priority.

"We have collectively agreed to take critical steps in the next four months to work very hard to foster unity and cohesion not only within the ANC but within the broader society‚" the provincial working committees of the ANC in Gauteng and Mpumalanga said in a statement.

The election of President Jacob Zuma's successor will not be based on family connections, but on ANC tradition.
Politics
3 years ago

The two provinces are converging on the leadership question with both said to be opposed to Dlamini-Zuma succeeding Zuma. They agreed to develop "a joint programme of action between now and December" and to continue discussions between them and other provinces.

Mpumalanga chairperson David Mabuza and Gauteng chairperson Paul Mashatile have been endorsed to take up positions in the ANC'S top six by the Alfred Nzo region in the Eastern Cape‚ who also said it would lobby for treasurer general Zweli Mkhize to succeed Zuma as president.

The ticket is seen as a "third way" but the focus of the succession race remains largely on Dlamini-Zuma and Ramaphosa.

The formal nomination process will kick off in September.

The Congress of South African Trade Unions is set to hold a critical leadership meeting next week to decide its course of action should its preferred ...
Politics
3 years ago

ANC secretary-general Gwede Mantashe has revealed for the first time that he turned down lobbyists who wanted him to stand as deputy president on ...
Politics
3 years ago

Nkosazana Dlamini-Zuma's hopes of becoming the country's next president are dangling by a thread, with a high court case potentially spelling ...
Politics
3 years ago