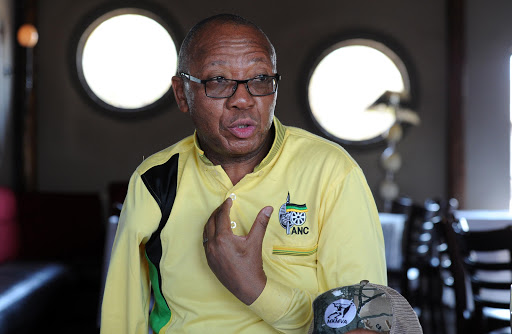 Stalwarts and veterans of the African National Congress have questioned why their organisation has not instituted disciplinary action against the chairperson of the Umkhonto weSizwe Military Veterans Association (MKMVA)‚ Kebby Maphatsoe‚ while acting against people like Derek Hanekom and Makhosi Khoza.

In a statement on Wednesday‚ the group of over 100 ANC elders said Maphatsoe’s “inflammatory statements” about MPs who may have voted in support of a motion of no confidence against President Jacob Zuma‚ was an incitement to violence and undermined attempts to build principled unity.

Maphatsoe reportedly said about ANC dissident MPs: “When you have a poisonous snake‚ you hit it hard on the head‚ and you burn it to make sure it is dead.”

The stalwarts and veterans said the ANC should also have taken action when Maphatsoe went ahead with an MKMVA elective conference in June despite the attempts of the ANC national executive committee (NEC) to reconcile the MK Military Veterans Council and Maphatsoe’s “rather younger grouping”.

Action was instead being taken against those “who retain the moral compass of the ANC and uphold its historical values and principles‚” they said.

“At present we have seen notice to Derek Hanekom from the secretary general to give reasons why he should not be removed as chairperson of the disciplinary committee because he tweeted against state capture‚” the stalwarts said.

“Makhosi Khoza‚ who has consistently been a role model of how ANC members should undertake oversight and scrutiny‚ without fear or favour‚ of the Executive within Parliament‚ has been removed as chairperson of the Portfolio Committee on Public Service and Administration and now faces disciplinary action.

The ANC in the North West and the Northern Cape are set to table a proposal for local and national elections to be aligned at a bilateral meeting on ...
Politics
4 years ago

“Why is this happening when no action is taken against those in the Executive who have consistently mislead Parliament‚ the ANC and nation‚ from Nkandla‚ with fake bonds‚ fire pools; through the SASSA social grants crisis and a host of other issues‚ including a complete failure to understand the critical role the ANC and its members must play in the fight for zero tolerance against gender violence.”

The group said they needed to defend those who have had the courage to consistently speak out against state capture.

“We believe that there is a need for all of this to happen in the public domain so there is no space for those who wish to hide behind their own perverted understanding of ‘democratic centralism’ that they believe will allow them to continue on their chosen path of self-interest and corruption. The real culprits who are bringing the ANC into disrepute must be confronted.”