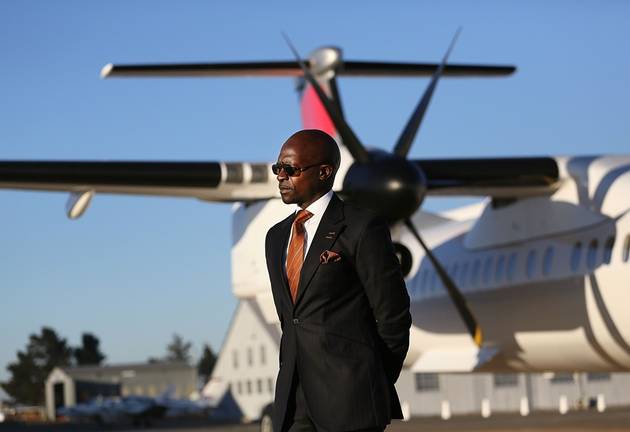 A cash-strapped South African Airways (SAA) is due to get yet another R10-billion bailout through the sale of government's multi-billion rand stake in Telkom.

DA MP Alf Lees dropped the bombshell in the National Assembly during question time with Deputy President Cyril Ramaphosa on Wednesday when he presented a cabinet memorandum leaked to him in his capacity as a member of parliament's finance portfolio committee.

The secret memo which Lees presented‚ citing his parliamentary privilege that prevented him from possible prosecution in this case‚ indicates that cabinet is due to approve a request from Finance Minister Malusi Gigaba to introduce in parliament a special appropriation bill proposing the appropriation of R10-billion to SAA in the current 2017/18 financial year.

SAA chairwoman Dudu Myeni said in Parliament on Wednesday that the appointment of a CEO of the airline met one of the conditions laid down by lenders ...
News
4 years ago

The draft bill would allow for the release of R7-billion to be transferred to SAA in tranches and for Gigaba to impose certain conditions. A government guarantee of R2.2 billion was already transferred to SAA on June 30 this year.

The sale of the government shares in Telkom is valued at R14 billion‚ or 40% of the telecoms parastatal.

“This was handed to the executive yesterday and indicated that finance minister Malusi Gigaba is planning to give SAA a R10-billion bailout primarily by selling government shares in Telkom. Do you support the sale of a good asset to save a bad asset and has cabinet approved this move?” asked Lees.

Ramaphosa appeared startled by Lees' tabling of the cabinet secret document‚ and quickly pointed out that being in possession of such a document could lead to criminal charges.

Minister Gigaba, you no longer deserve to wear that SAA pilot's uniform

The deputy president sidestepped the question and did not directly respond to what had been raised by Lees.

“Any document that’s marked secret you must leave it to those who are in a position to have documents marked secret. I hold an asset in one hand and have to meet obligations on one hand. Does it help you meet you developmental mandate? It’s not as easy as just selling Telkom shares to fund this and that. It’s looking at everything‚” said Ramaphosa.

Shortly thereafter‚ Ramaphosa and Gigaba were seen exchanging notes in the National Assembly chamber before the finance minister rushed out of the house.

Speaking also on the matter during Ramaphosa's question time‚ EFF MP Mbuyiseni Ndlozi said it was startling that government was sacrificing its shareholding in Telkom for a badly run SAA.

"How do you explain selling your stake in Telkom‚ to go and reward Dudu Myeni in SAA (chairperson of SAA board)….selling it to go and save an incompetent‚ corrupt board in SAA?” But Ramaphosa said strategic assets owned by government remained under constant review.

“We continue to discuss assets that are strategic. Issues like that are always discussed by government‚ but cabinet and indeed by committees. The member should wait. If that proposition comes‚ then parliament will deal with it‚” said Ramaphosa.

This would not be the first time that government gave up its shareholding in a performing company to bail out a struggling SOE. It gave up its 15% ownership of cellphone market leader Vodacom for R15-billion to bail out Eskom in 2015.

Gigaba's office could not be reached at the time of going to print last night but did confirm to the finance committee last month that he was indeed selling government shares in Telkom to rescue SAA.

The news came just hours after the management of SAA and Myeni were grilled by the Standing Committee on Public Accounts for financial mismanagement amounting to billions of rand.

Myeni told SCOPA that the national carrier was in advanced negotiations with the National Treasury to secure more state funding to keep the ailing airline afloat.

It was also revealed that SAA owns only nine aircraft out of about 60 aeroplanes it operates. It leases the rest at a cost of R3.5-billion a year.

Myeni and her team claimed the former SAA chief executive‚ Coleman Andrews‚ who was paid a R200-million golden handshake 16 years ago‚ was still haunting the airline to this day.

Deputy finance minister Sifiso Buthelezi told Scopa that there was no doubt that there are serious problems at SAA. “But I say without fear of contradiction that there is massive collusion and fraud at SAA. I think we will be able to see that. I have had sight of some of reports and there are revenue leakages‚” said Buthelezi.