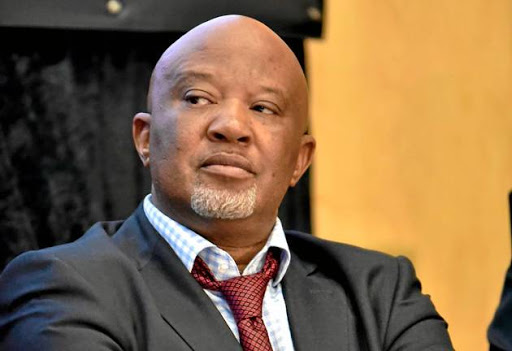 Former deputy finance minister Mcebisi Jonas, said the difficulty faced by the party was if it confronted private business too harshly‚ they could up and leave but if they were not engaged‚ they would not invest.
Image: FREDDY MAVUNDA

Former deputy finance minister Mcebisi Jonas has rubbished ANC leaders who now claim not to have known about instances of state capture.

Jonas suggested that it was disingenuous for these leaders to claim ignorance of state capture by private interests.

Without mentioning names‚ Jonas even questioned their stewardship of the country.

"It has become common now for the leadership of the ruling party to say that 'no‚ we didn't know (about state capture)'. And I get worried when leaders don't see anything wrong with that ... because it speaks to the kind of people who are running the country‚" he said at a youth state capture forum hosted by the Ahmed Kathrada Foundation on Saturday at the Apartheid Museum in Johannesburg.

Jonas said‚ since coming to power‚ the ANC had never figured out how to relate to private business‚ adding that this was a severe weakness.

However‚ Jonas added that the difficulty faced by the party was if it confronted private business too harshly‚ they could up and leave but if they were not engaged‚ they would not invest.

He called for a measured engagement and response to private business.

"Part of our weakness as the ruling party is that we have not been forthright about how we engage with private business. Private business needs to be engaged but in a manner that creates public confidence ... and steer them towards transformation‚" he said.

Since his dismissal‚ Jonas and Gordhan have become open critics of ANC leaders.

Jonas on Saturday continued on that path‚ effectively arguing that the state under the leadership of President Jacob Zuma was no longer credible.

"We need a credible state. It has to be credible to play the role it is supposed to play. The credibility of the state in South Africa has been eaten away in a number of ways. If you don't have a credible leadership‚ the people suffer‚" he said.

But Jonas argued that this was a trend in other developing countries.

The gathering was also addressed by axed tourism minister Derek Hanekom‚ who defended the 26 ANC MPs who voted in favour of the recent motion of no-confidence against Zuma.

Hanekom said: "I do believe that the 26 MPs did what they did thinking they were serving the ANC the best way they knew how."

Hanekom refused to disclose how he voted in the motion. He also declined to reveal his response to ANC secretary general Gwede Mantashe‚ on why he should not be dismissed as chairperson of the party’s disciplinary committee.

He said he would treat it as "an internal issue" but insisted that "I will respond".